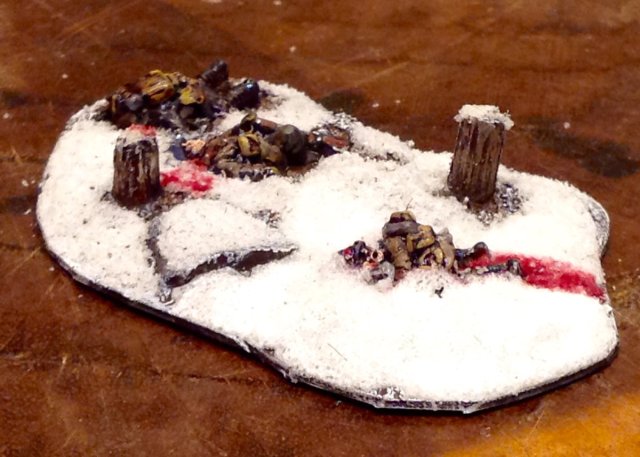 Work is taking more than its fair share of my time at the moment, but it happens to most of us.  However, I have had some time to get some things done over the last week or so, this is just a summary of that.  As always, I do hope it is of some interest.

I am currently working on some terrain and markers for winter war Chain of Command.  I wanted to have some dedicated Finnish and Sovietic dice so looked around and found a fair few Sovietic options but only one Finnish (very nice ones, sold by Dice of War in Australia, see here). These are not specific ones needed for the game, just the type where the 6 is replaced by a unit or a country symbol and could therefore be used for any game that uses D6s. I wanted to have blue ones for the Finns and Red ones for the Soviets, and thought I could perhaps do some myself.  I found some 16mm blank dice on ebay and got myself a few different colours (these are from China so will take a week or two to arrive!, at least if you live in the UK). 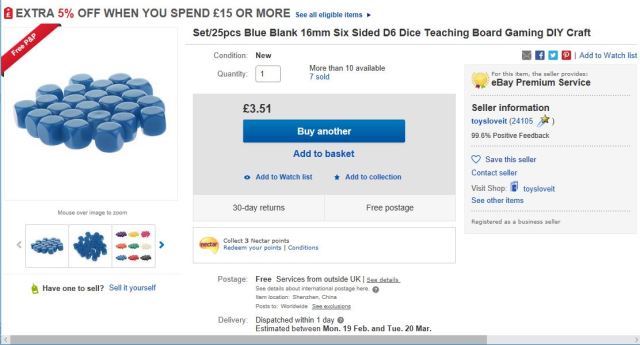 I then ordered some labels/stickers from Amazon (13mm).

From Label Planets website (link here) you can get a word template for this label set and buy bigger quantities as well.  From this you can design your own labels.

I wanted to have 1 to 5 in the same font as used for the Chain of Command rules.  This font is called Vulgar Display of Power (download it here).  In addition I wanted the hammer and sickle for the Soviets and the hat emblem that the normal enlisted men had for the Finns, replacing number 6.

Here is are the files with the sheet I made for the Soviets (Russian Dice) and sheet for the Finns (Finnish Dice), these are word files.  You can change these to add your own colours and symbols.

I have to admit that I had some problem with the laser printer I was using in aligning the sheet so that it printed out correctly (I wasted three sheets but luckily managed to get two done, which was all I needed)- the final result is not perfect and if you have trouble I can only say I am sorry.

This is how they turned out.

One of the striking things with the Winter War are all the pictures of dead Sovietic soldiers especially in the fighting North of Lake Ladoga. Behind my romanticised view of the war and Finnish bias, I am not immune to the hell those Sovietic soldiers had to go through trapped on those wintery stretches of roads, with inadequate supplies of just about everything.  Go to the Wikipedia page and read about the Battle of Suomussalmi (link here) and check the losses on both sides – 50% losses for the Soviets and less than 10% for the Finns.

To create a reminder of this I did a few terrain features with dead Sovietic soldiers (I keep on using this term as the soldiers in the Red army were not only of Russian nationality).  They were based on Peter Pig casualty markers (based on anything with a great coat and headswaps to pointy Russian hats and early war helmets).

…and here with some painting, winterization and blood (sorry!). 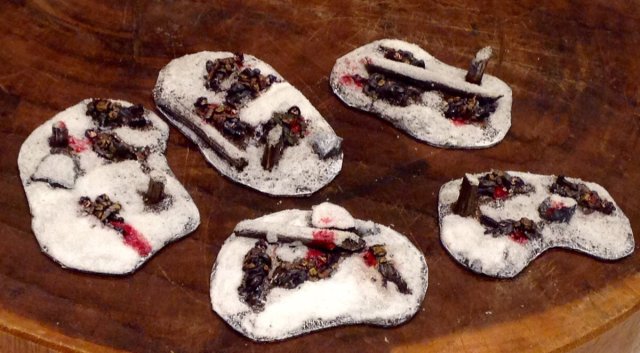 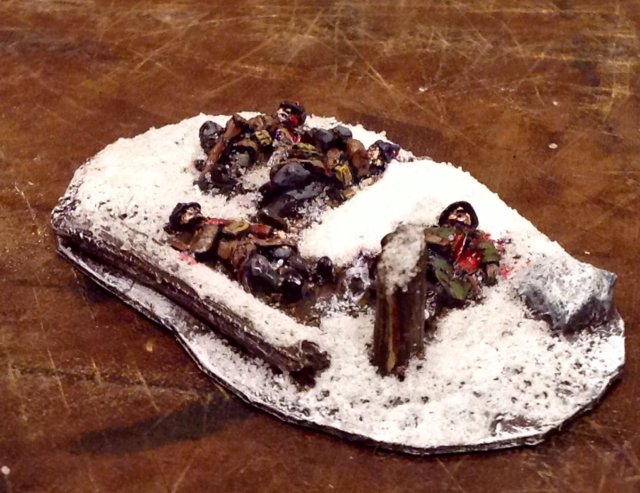 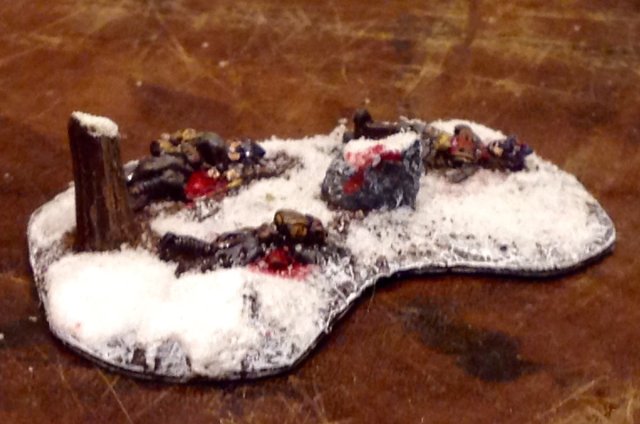 These are based on the concept of snow flying around as bullets hit the area.  I used something called Universal Cooker Hood Filter to do the effect. It is like cotton but much stronger, I attached a part of it with superglue and when dry I dragged it out and trimmed it. I also added a little bit of snow flock carefully on the cloud.  I think they do the job well enough.

I have seen explosions markers made out of clump foliage and wanted to make some for the winter war table as it will contrasts nicely with the snowy background, and also have some practical game purpose.  So I searched around the net for some ideas and found a few different options.

I made my set of  explosion markers by following the recipe by the Terrain Tutor (link here).  Always excellent, this time he blew me away again!

I also had a game of Gaslands with my micro cars! (using 50% templates), and it was great, but more on that another time. 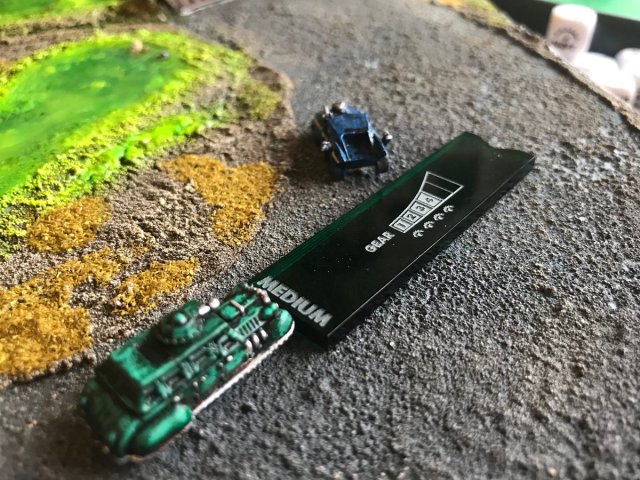 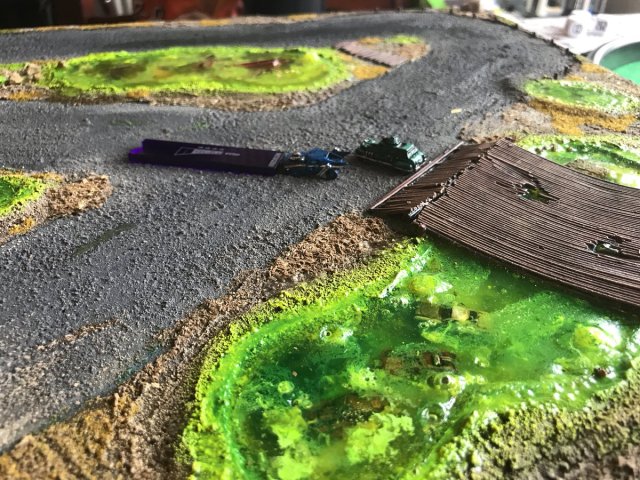 / All the best (yes I know I should be doing GNW!)