I had Friday off and had a look at my paint tray that was full of 28mm miniatures for the Mutant 1984 project as well as a lot of 6mm for the next batch for the Scanian War.  I decided to try to get done as many as possible of the 28mm stuff. 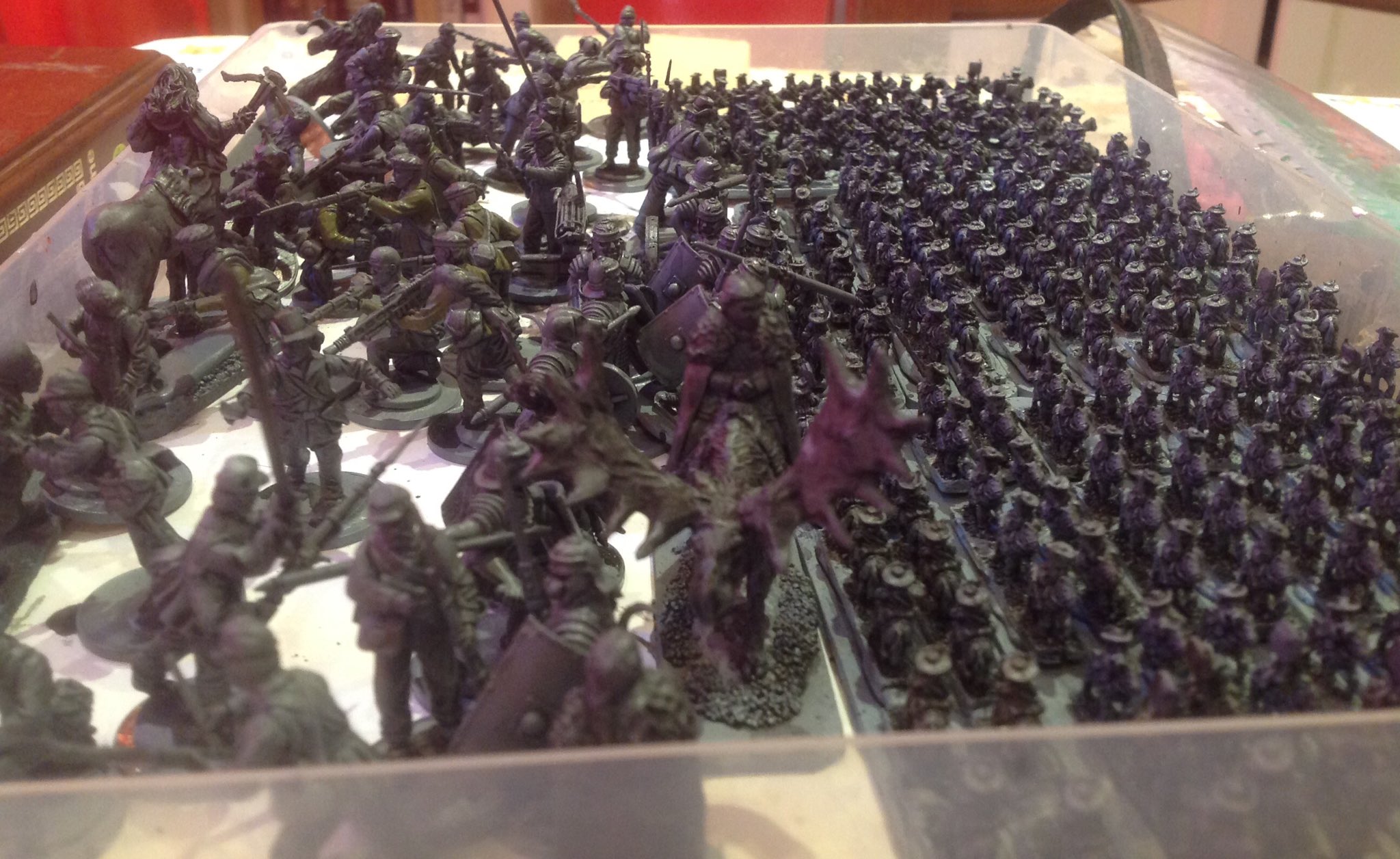 Following on from my joyous time of painting the Pyri Commonwealth soldiers (Nordholmia Regiment) a few weeks ago (see here, it also includes a summary of what this Mutant 1984 nonsense is all about) I got thinking about building some bigger skirmish forces than originally intended.

I decided to get a plastic box of some Skirmishing infantry from Perry (I bought mine at a very favourable cost from ebay).  I am basically in the Business of creating two Sharp Practice forces for some Border Skirmishes, yes some of the Old Tech Weapons would require some additional thought and perhaps a Chain of Command adaptation would be better, but that is a later issue.  The most common form of firearm in this period is a musket or a single shot rifle.

In addition I added some animal heads from Sally 4th and some weapons from Anvil Industries (as well as making some of them with extra limbs) to give that subtle Mutant 1984 feel.  These together form part of a Wilderness force of the Jemtland Army – a very small country North of the Pyri Commonwealth.

As for the actual uniforms I have no information, so I decided to go with a Green coat (with red details), red trousers and red caps for the line infantry.

For the Flags we know that the Jemtland flag is a white Moose on a blue background.  I decided that the Military flag was only showing a Moose head and that the specific flag for the Wilderness force is based on the old Skogsmulle organisation (this was the children organisation of the Swedish Outdoor association that I have some fond memories of from my childhood, and just for fun, see more here).

…and we also got some rangers

….and some Machine Gun crew (I bought the Gatling ifself from Ebay, unknown manufacturer).

…putting it all together

Finally I had the pleasure of being given the last issue of Wargames Illustrated by the Little One (a fantastic read I may add) that came with a sprue of Early Imperial Roman.  Again having had the Mutant 1984 treatment!  These are part of the Monster hunters (Monsterjägare) of the Pyri Commonwealth army – a very specialised unit. The Monstrosities that occasionally emerges from the forbidden zones needs to be taken care of.

That was 47 no. 28mm miniatures in a day (well, I did do the basing on Saturday the following day) – not any pieces for the museum but effectful enough on the table from the right distance! Now I have a few more things to do to flesh out the opposition.

Colour Sergeant Bourne and Others

In addition the Little One and I went to find the Grave of Colour Sergeant Bourne on Friday. It was something we had planned to do for some time (Since we first played with our 6mm British and Zulus).

The title of this posting [see link here to the old post] – “A prayer’s as good as a bayonet on a day like this” is said by Colour Sergeant Bourne in the movie Zulu (link here). Colour Sergeant (Frank Edward) Bourne was awarded the Distinguished Conduct Medal (CDM) after the Battle at Rourke’s Drift and was, at the time, the youngest soldier in the British Army who had achieved the rank of Colour Sergeant.  He ended his career as a Lieutenant Colonel and was awarded an OBE. As I read up about him I found out that he was buried not far from where I live.  I think I will take the Little One and have a look for it after Rugby next Sunday.  Although he was only 5’6″ tall he was certainly, in every sense of the word, a big man.

You can read more about Bourne here.

Here are two pictures from our visit to his grave at the Beckenham Cemetery and Crematorium.

In addition the Little One found a few more graves that told some interesting stories following some research on the Net, like this one. 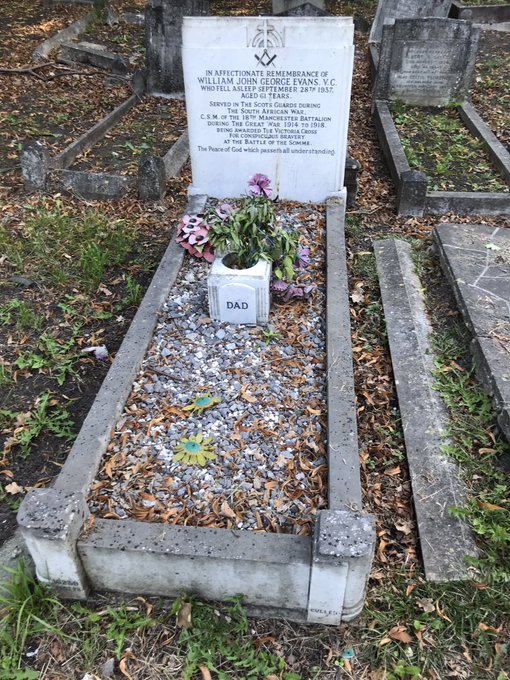 Sergeant-Major Evans got a V.C. at Somme in 1916 volunteered to take back an important message after 5 runners had been killed in attempting to do so .. 700 yds of severe rifle and machine-gun fire …. dodging from shell-hole to shell-hole . Read more about it here.