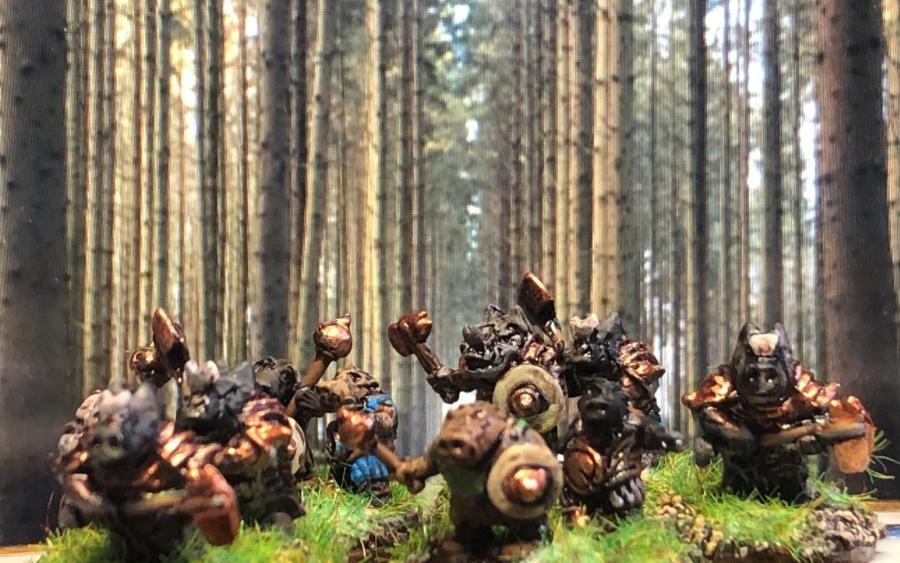 I presented some Morokanth I had painted in the last blog (just published yesterday) for my diversion doing some Saga Age of Magic in Glorantha (although this will no doubt include other type of fantasy armies in the end). It has made me rather inspired.

The rules are a few years old and they have been sitting like a problem waiting for a solution and I am happy to have found one. I love Saga because it is different and we have played many Dark Age battles with rules – I have at least a 4 point army in 6mm for each faction. However this is fantasy and doing it with a Gloranthan twist will be great.

So at the moment, you can get the following from Rapier miniatures.

Morokanth, full range from skirmishers to heavily armoured and armed, also chariots (man-drawn) and herder with herd men (See the last blog post for a few of these codes, here)

Scorpion men, nice compliment to a chaos army, there are four codes, including command, spear/shied, spear and feral with claws.

Bison Riders, enough to build some nice charging buffalos!, these are the sculpt in the range.

I did paint up a fair few some time ago in a previous blog update (more here). There are also some Greens for the Broos there worth checking out.

I talked to Paul at Rapier today who has a whole load of ranges in various stages of production, as I showed in the last blog, Trolls are one of these. When I ordered the Morokanth, Paul kindly provided me with some trolls. I got a few each of what will be released and made a small caravan set as well as some bases I will use for Skirmish – I will do an order to create the Saga Armies later when they are issued.

A caravan moves gently through the forest (yes I missed a few spots here and there!, but this is 6mm)

Anyway the bases I did were: