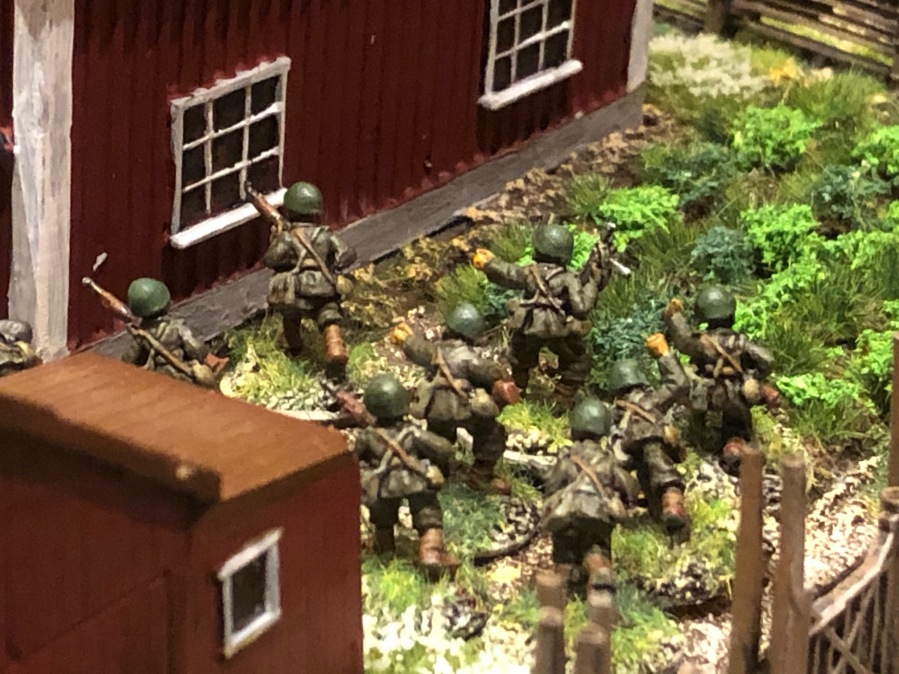 During the hostilities of WW2 the Royal Swedish Army was undergoing a number of changes and the most significant at the Platoon level was the 43M reorganisation. This organisation was ordered for the Army in 1940. The objective was that all units would have completed this reorganization by 1943. This re-organisation introduced more fire power to the Rifle Section by equipping the NCOs with SMGs and adding 2 No. Semi-Automatic rifles to each section. Further firepower was also provided by the introduction of a fifth Specialist Section with a 47mm Mortar team and an Anti-tank rifleman to each Platoon. In addition, a rifleman per section was a designated Sharpshooter and had a scoped rifle.

These lists allow you to field a normal Rifle Platoon (Skyttepluton) or a Ranger Platoon (Jägarpluton).  The latter was more than often used to do specific recon missions and to distress the enemy.

You can download the latest lists in a PDF format below (they are work in progress, if you have any views or suggestions let me now).

And as a bonus, here is some background links to this project, from old blog Posts.

Swedish Rifle Platoon in WW2 for Chain of Command – Getting some Heavier Support, Part 1

Germans for the Swedish 1943 Tourist Season and CoC in Dulwich