His shoes are too big and his hat is too small,
His trousers are tight and his coat is too long,
But it does not matter, because he is my soldier,
Somewhere in Sweden!
– Translated from the 1940 Swedish Song “Min Soldat” (My Soldier), performed by Ulla Billquist and written by Nils Perne. 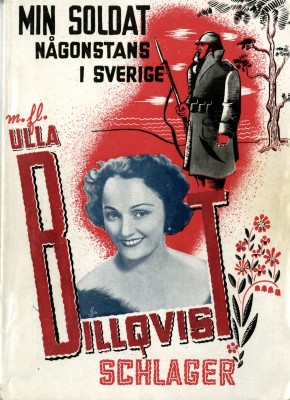 Here is the link to the Original Song.

A few weeks back I presented an initial stab at a Swedish Platoon Organisation for the WW2 era (here is a link to the earlier posting) for Chain of Command.  Since then I have been working on some miniatures for the platoon and some of the support options – I will present the work to date in this blog update.  I will leave out the work I have been doing on vehicles (armoured cars and tanks, I think that will be a good one on its own) as I have not yet finished the tank markings/decals – but I am working on it with some help from some friends.

I want to state how grateful I am to the community when doing something like this, the support from all kind of places with encouragement, the research and offers of help.  I even got a fair few of 3D printed models for a Swedish Tank type sent to me by a friend on Twitter.  Good stuff!

Later blog updates will also show/discuss jump-off markers and some terrain features to make the battle field having a touch of Scandinavia – making it look as Scandinavian as a wargames table with Snake rail fencing looks American!

I would like to do an what-if Scenario based on the operational plan developed by the commander of the 25th Panzer Division (link to Wikipedia here), Adolf von Schell, to attack Sweden with a handful of divisions from Norway.  This is described at high level in the book “Andra Världskriget och Sverige (2002)” (that translates to: The Second World War and Sweden) by Jan Linder, and contains the following picture.

I have not been able to find any more information on this operation and if you are reading this and know more – please let me know.  It would be fun to do a linked campaign of fighting in some of the areas I know very well from my childhood.

It is interesting to note that the 25th Division was issued with outdated French Tanks and according to the Wikipedia entry above the following was the combat strength in 1943:

It would give a nice opportunity to get some French tanks and do them in German “livery”.  However that is for the future and I have yet some research to do…

In reading the old manuals there are a few changes required to the original list that are summarised below.  I will update the Platoon document at a later date.

(i) Due to allocation of runners, I have reduced the number of Riflemen in each section with one.  I need to verify this so I did 4 extra models just in case!

(ii) The first Section/Grupp had an SMG armed rifleman in the Rifle Team/Gomgången.  However, due to shortages this was not always possible, especially early in the period.

(iii) The manuals indicate the presence of two Teams/Omggångar and that there are situations when they fight as two elements – one K (Kulspruta / Light Machine Gun) and one G (Gevär / Rifle). Therefore I have re-organised the Platoon organisation in the picture to reflect these changes.

This is still work in progress and may change as I read more stuff. For the 1943 to 1945 Platoon I have made the same changes to the organisation.  Again, this is an aspirational platoon, and as you can see it offers a significant increase of fire Power with 2 SMGs per section and the M/42 Semi-Automatic Rifle, and in addition the Platoon 47mm mortar and the Anti-tank rifle.

I decided to make enough miniatures so that I could field a platoon at any stage of the WW2 period.  Following some discussions on twitter and a few other similar projects the 15mm Italians from Flames of War seemed to be a good match for the m/39 uniform.

This assumes the M/37 helmet and the M/39 uniform, at the time the latest equipment available.  Some units would be equipped  older uniforms and helmets, like the earlier helmet M/26 and older uniforms.

If you are doing this project in 28mm you could use the fantastic Ådalen Range that depicts interwar Swedes, these are just troops that have not had new kit – the range covers all that you need for the early war (limited poses, and there are no SMGs and the Machine Gun is perhaps a bit dated, but I think it would work and if you even use some of the earlier uniforms in the mix you may get a motley crew of ill-prepared 1940 soldiers), more information here (I have not ordered any, but they do look good.  I suggest you contact them first before you make your order – I always do). 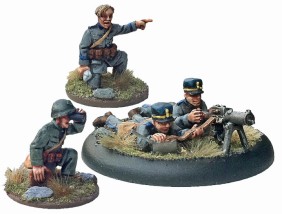 Anyway back to my 15mm project.

I bought the following from Battlefront

I also had some Polish Machine Guns from Batttlefront and bought the WW1 Austrian Machine Gun from Peter Pig.

I used the following paints for these:

I tend to use Field Drab, then Medium flesh tone for skin, saddle brown for the rifle buts.

I put a wash of army paint quick shade on top – soft tone.

This is the same models as above but with some swaps and the Mortar Section.

In addition there is an anti-tank Rifle for the Platoon, I made two of these conversions.

The are based on a kneeling rifleman and I did the simplified rifle from some plastic coated paper clips, it shows better in the picture below.

The next one was a little bit trickier, but once I found a reasonable proxy the conversion was simple, using some very thin cocktail straws I bought may years ago. I wanted to mode the Bofors 75 mm Model 1934 Mountain Gun. 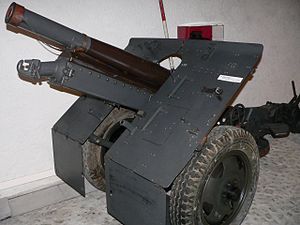 Battlefront makes the GSO517 7.5cm GebK15 howitzer, it looks like this. 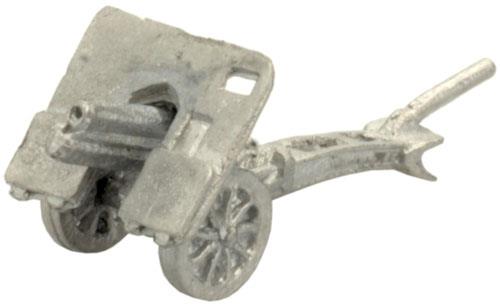 I hope this sequence is self explanatory 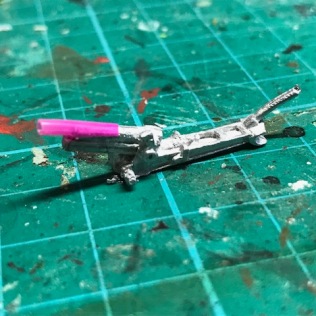 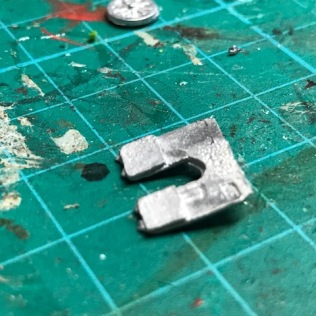 And finally some Machine Guns, one using an old Polish MMG set and the other head swapped Austrian WW1 MMGs from Peter Pig. 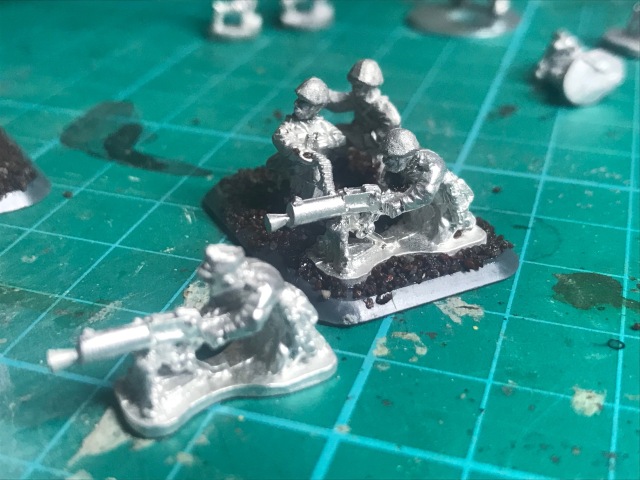 I am really enjoying this project, it is not a Labour of Love, just Love