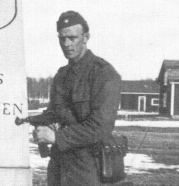 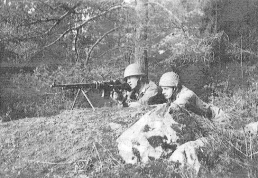 This is a holding blog post for yet another diversion and show the bare bones for playing a Swedish Platoon in WW2 using Chain of Command (or any other Platoon based WW2 rules).  It is a work in progress but as there is some recent interest on Twitter for this I decided to do write-up to get us started  in doing some men and machines for the table top.  This will be fleshed out with further blog updates moving forward, including:

Before I forget a big thank you to the ‘Swedes’ on twitter (you know who you are) who has helped this along.

This post seek to present a typical Swedish Rifle Platoon that you can use during the war years for some “what-if scenarios”.  I have organised this in the way Too Fat Lardies does their platoons for Chain of Command – however, you should be able to transform this to whatever rules you are using.  As for support options I have gone full in and based it on what was available at various times.  Some of the options may not be logical from a geographical location, but I have left it for you to have some fun – it is a what-if situation anyway.  If you do specific historical scenarios you may have to do some research on where different regiments were stationed (e.g. for armoured units) and modify your support options accordingly.

On the Too Fat Lardies webpage there is an article about designing platoon lists for Chain of Command and so far we have achieved the first two steps required (the organisation and the support), but I have not yet developed national characteristics for the platoon.

“Finally we need to look at national characteristics. This is a more time consuming process as it involves significant research into the way that the troops were trained and fought. Only with this research can we allocate characteristics to our forces which are based on the way they actually fought, rather then on some rather dodgy stereotypes.”

From the Too Fat Lardies webpage (here)

I mentioned in an earlier blog update that Too Fat Lardies have their new Blitzkrieg supplement on pre-order (link here).  Have a look at the large amount of platoon lists available and the statement “ the manuals that the armies of the period issued to their troops.  The French Tableau d’Effectifs de Guerre, the German KsTN lists, the Dutch Handboek vor den Soldat and Officier series and many others issued throughout the 1930s and up to 1940.  These manuals tell us not just how troops were organised, but how their training prepared them for war and their doctrines.”  Hard work has gone in to that supplement and if you are interested in gaming the early war give it a go.

So given this and to get a better understanding of the Swedish Platoon, I have ordered some old Swedish manuals and books from the 1930s and 1940s, that I hope will give me some further insights to develop some characteristics and a note on tactical doctrine.  I want to avoid doing some national characteristics like “The Spirit of Gustavus Adolphus” or the “Tactical Brilliance of Charles XII”, in lieu of reading through these – but they are yet to arrive and then it is a matter of finding the time to review them.

Anyway, I have a word file and the pdf file for download here, that you may use as you wish.  These are version 2 of this list as I will update the list and will make further versions available on this page.  Please, if you do have any corrections or views let me know. As indicated, I am interested in how these men would have fought as a unit.  The infantry tactica available on the Too Fat Lardies webpage here is an example of what would be ideal to have in a Swedish context – that is our target.

The Platoon is also presented below 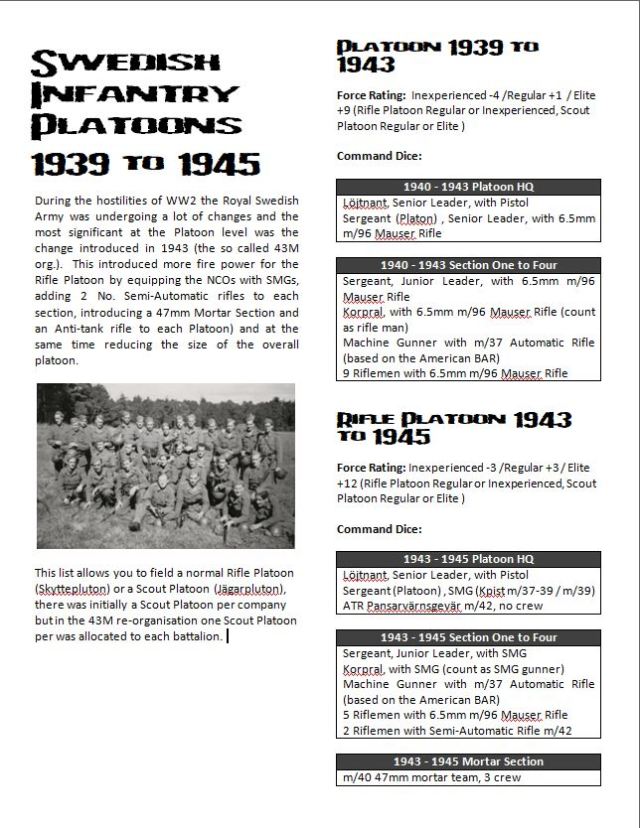 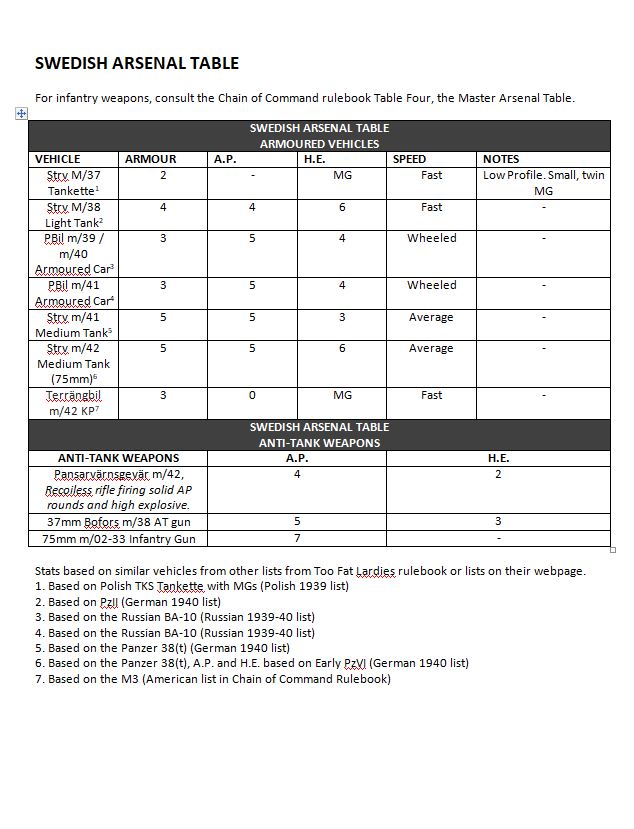