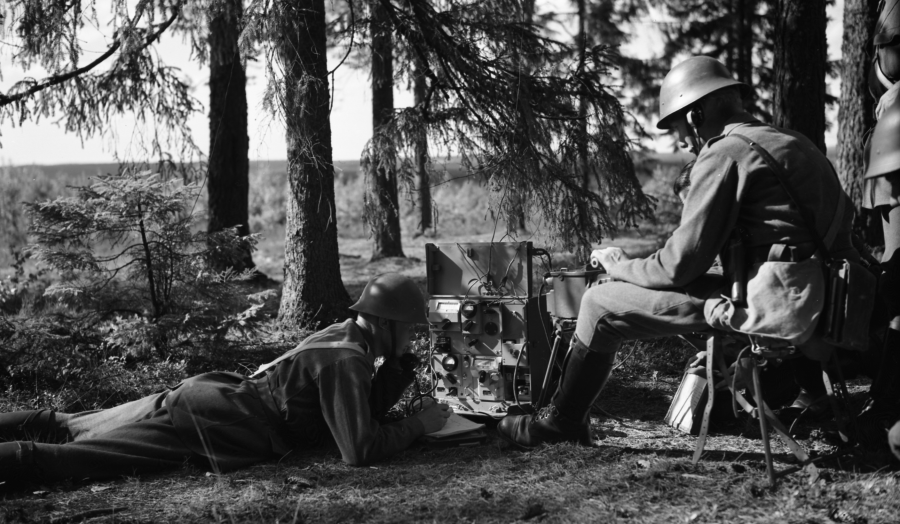 Well it arrived a few weeks ago – the new rule set from Two Fat Lardies (well actually Reisswitz Press) and this morning I had a read through and watched some of the videos available on the internet (Look for . It seems really interesting – new in terms of scale and some of the mechanics but familiar in terms of some elements of the Lardies rule sets I have come to like. But more about that when I have actually played the game and know what I am talking about.

Here are a few good starting points if you want to know more before you buy or getting up to speed once you got the rules.

Well, it took me about two minutes to decide to make this as a Sweden 1943 project and in 15mm, as I already have all the tanks, etc I would need and in essence would only need to do some more infantry on bigger bases (than the individually based I have for my platoon) which is something as was planning to do upscaling the toys to be in used for IABSM (the Company Level game by Too Fat Lardies).

I thought I share this as an example on how you could take a rule set and its army lists as a basis for developing your own for nations or theatre specific situations that are not covered by a set of base rules and also in this this case very unlikely to show up in future supplements. If you are doing a ‘What-if project’ for a German invasion of Sweden in 1943, you are probably on your own. But to me this is a lot of fun in its own right. It would be interesting to see a Finnish Continuation War Organisation at some point too.

The Swedish infantry regiment in line with the 1943M organisation consisted of the following high level elements (from April 1943).

The infantry battalion, which will form the basis of the units you will have on the table consisted of.

So how do we translate this into the O Group Framework, well studying how for example a typical German Infantry Battalion has been structured I have come up with a first framework enough to get some miniatures done. I will flesh this out with stats and costs later but I think this is a good start. Note that the There are no Artillery support at Regimental level, the extra punch is provided by the high number of mortars, including the 120mm Mortars. I believe this would have been effective and possibly used with the same devastating effect as the Finns used theirs. I need to do further research on the Divisional support list as currently I have limited information on the organisation and operations above regimental level, but this will get me started.

I am going to get myself some Battlefront Italians for this project right now.

/ Hope that is of some interest.