Yesterday, the Wyre Foresters and I had the pleasure of presenting Horka 1708 at the Joy of Six.  We have discussed the background to the battle before and I have attached a handout that contains some background on the idea of the battle, the rules we used (Twilight of the Sun King) as well as an list of the forces used on the day:

It could be useful to read this one before pushing on.

Following a nice family Saturday in the Derbyshire Dales, visiting the impressive Crich Memorial for the Sherwood Foresters Regiment and the nearby Tramway village, we went to Sheffield and attended the famous BBKBCE – Baccus Balti King Beer and Curry Evening.  This is a chance to meet some old a new friends on the eve of the many battles being fought at the Joy of Six. 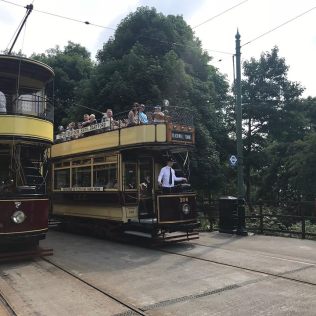 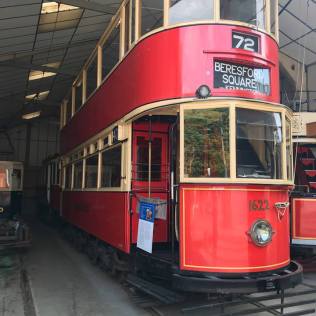 The Doors at the Joy of Six opened at 10am, but by this time I had been trying to set up the table since 8.30am.  It took me a few minutes more – I always mess up some of the regiments in terms of placement and being pedantic with regards to these things knock-on effects on the schedule are inevitable.  The mat worked reasonably well, but I had some issues with the sides and I may want to use some duct tape when I roll it out again.  I am still in two minds on how I will do the Poltava battlefield next year as it has some interesting elevation – perhaps reverting back to boards or a mix of elevation pieces and a mat – I have a few more months to worry about that.

Having put it all on and taking a step back I have to admit that I said a little “wow”, and reflected on the fact that this is why I do this.  Not to stare at an individual miniature being nicely painted (because that is not really my forte, but I do like nicely painted larger scale stuff), but to stare at something that resembles a battle when you take a step back – a battle from one of those many pictures the old man used to show me when I was a little boy and an aspiring General.

Admittedly not your average evening game weighing in at 12 by 5 feet, more than 3,700 miniatures on more than 270 bases – but at Joy of Six – why not! Here is Horka 1708.  I dedicate this game to my Dad, who I hope is feasting in Valhalla! 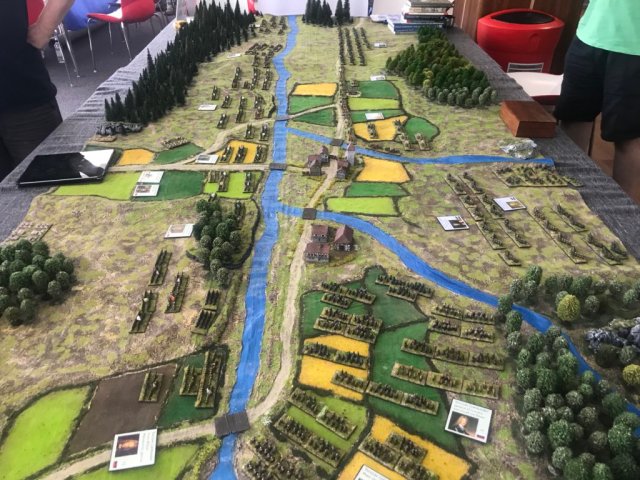 The squares (65mm) are “Command Cards” – 5 for the Swedes and 10 for the Russians.  I printed these on sticky labels and put them on MDF bases. It adds a little bit of flair to the game – I think – and also indicates the rating of the Commander. From Poor (+0) to Exceptional (+3).

Here is the file I used for these – Command Cards – Horka 1708  (and in Powerpoint – battle of Horka commanders ).

The actual battle worked out great for the Swedes.  The Russian left cavalry flank collapsed under the pressure of Major-General Creutz relentless cavalry attack on the other side of the river, combined with the strong push of the centre.  The Tsar himself died heroically in the Battle.  Surprising Field Marshall Rehnskiöld with the finest of the cavalry regiments was struggling on the Russian right.  It was a decisive Swedish victory.  In a re-fight setting we would probably consider making the Russian position stronger with defences and perhaps treat the waterway as more treacherous.  So the next refight may be more desperate for the Swedes than this first go indicated.

I will do a general update about the show itself later this week – but I actually did not have time to do very much. It is how it works out when you have table to attend to.  There are however some things I need to mention, a few shout outs to people, the seminar I attended and a few of the tables that caught my eye (and I actually took some photos but only a few)  but that is for another time.

/ Hope that was of some interest, a few more pictures of the battle. 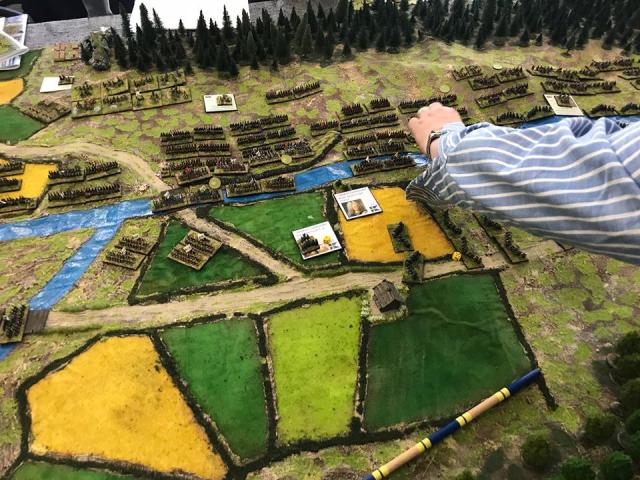 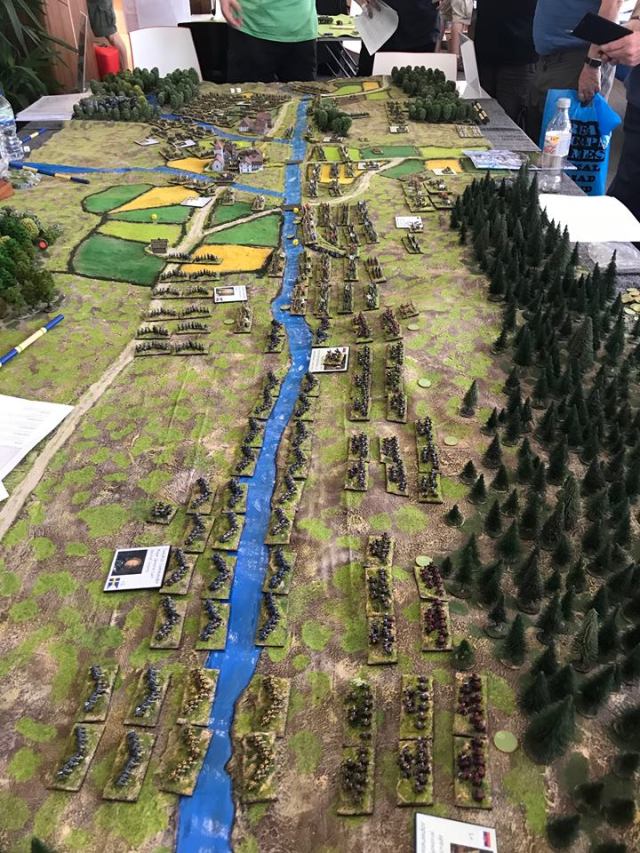 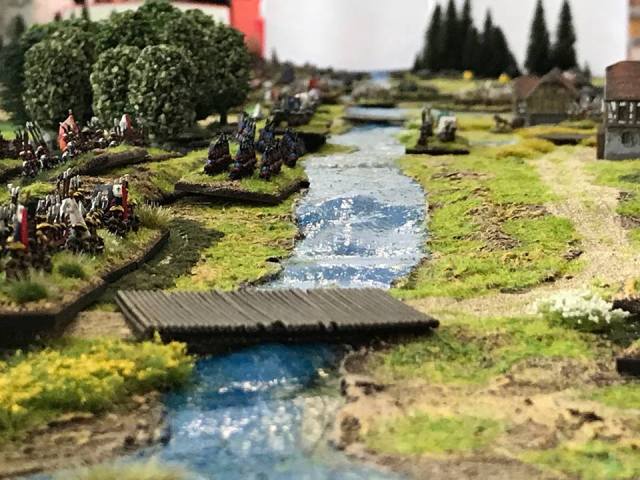 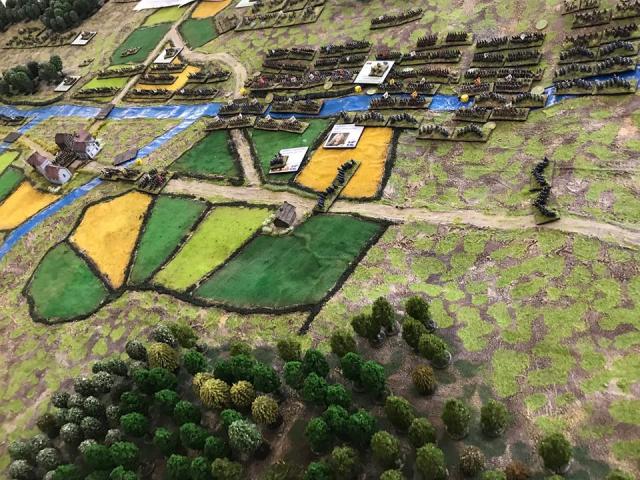 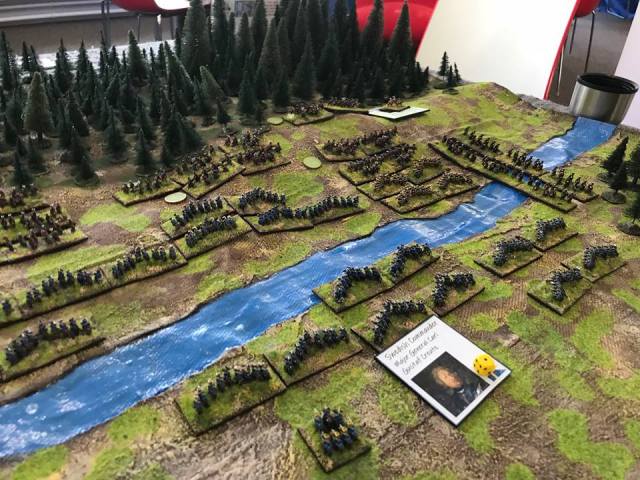 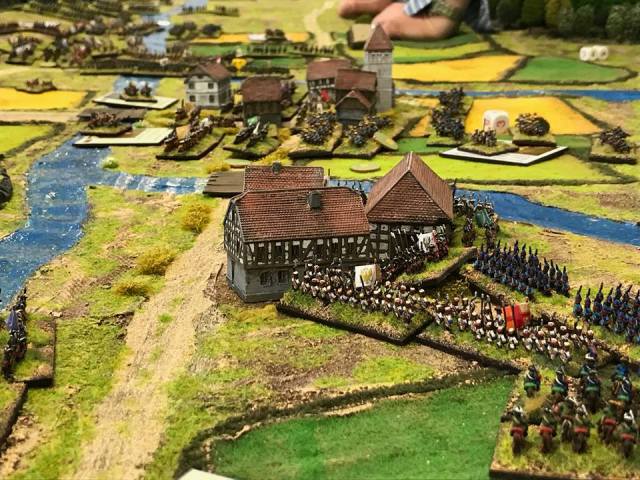 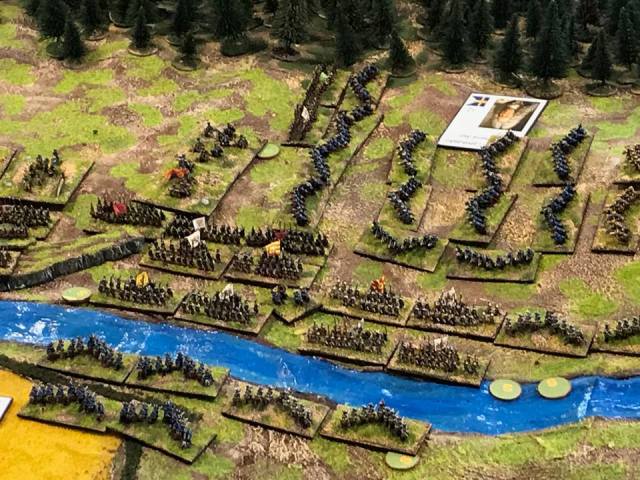 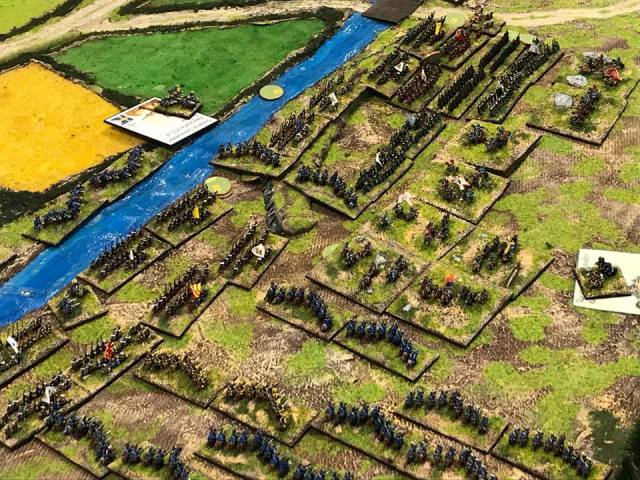 Many thanks for passing-by, next year we are doing Poltava 1709 (I think that if you look at my flowery shirt long enough and then stare on a white sheet of paper you will see something very special!).