Trying to get organised for the Joy of Six show…

Count Basie! (I hope it is all there). 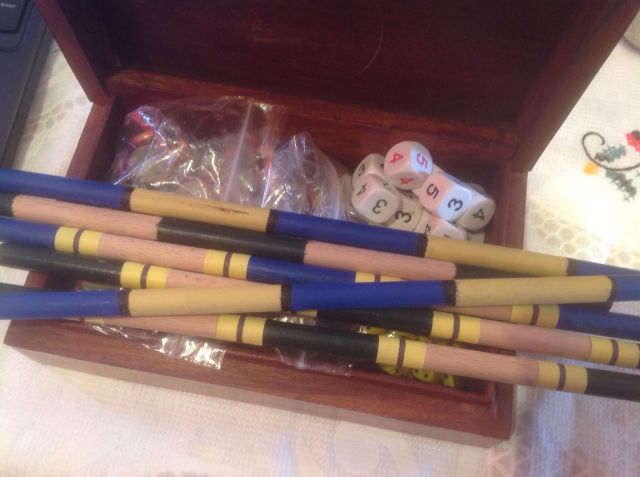 Getting some questions on what we are doing etc so here is write-up for the handout we will be giving out on the day (some of it has been used in previous blog updates), it is to give the passer-by some information on what they are looking at.

POSTSCRIPT – I have provided an updated version of this in a later blogpost (see link here) – there is a downloadable word and pdf document that covers this and also show the forces and the commands we used on the day – I suggest you go to the other blog post and stop reading this).

The Great Northern War started in 1700 when a coalition formed by Peter the Great of Russia, Frederick IV of Denmak-Norway and Augustus II the Strong of Saxony-Poland attacked Sweden. The coalition were formed following the death of the Swedish King Charles XI and based on the belief that the new and very young King would not be able to put up an organised fight.  Following Swedish successful expansion during the 17th century a lot of these neighbours wanted lost territories back, limit Swedish economic dominance and gain access to the Baltic Sea.

However the King turned out to be a skilled warrior and leader of men and the preparedness, quality and efficiency of battle methods of the Swedish army built up by his father was second to none during this era. The King quickly pacified Denmark and a Peace Treaty was signed in 1700 at Travendal. The Russians were defeated at the Battle of Narva in 1700 but then the King turned his attention to Saxony-Poland and Augustus.  However due to a number of factors it took the King another 6 years to defeat the Saxon-Polish and force the abdication of Augustus the Strong from the Polish crown (1706 Treaty of Altranstädt).

But the King still had unfinished business with the Russians and the time had come to march towards Moscow ….

In the beginning of July 1708, shortly after his victory against the Russians Holowczyn, the King had reached the Dnieper river with the Crown Army at Mogilev (in todays eastern Belarus).    It was, he believed, the last major physical obstacle on the road towards Moscow.  The Russians had not made the advance easy as they had applied an scorched earth policy (the same policy that both Napoleon and Hitler would come to know later in history) destroying or removing supplies, burning bridges, withdrawing from villages, harassment of the moving army by irregular Cossack and Kalmuck light horse and dragoons, in combination with the constant rain (it had rained for about 4 weeks almost every day) that destroyed the crops and the hay and also affected the roads that further slowed down the March.  The Russians would not give the King the decisive battle he needed.  An army does indeed not only march on roads in knee deep mud but also on its stomach and there were still another 300 miles to Moscow – but as we know hope was on the way in the form of the column of supply and soldiers being brought by General Lewenhaupt.

“So once the Swedes had secured the area around Mogilev they stopped to wait for Lewenhaupt and his vital supplies to arrive. … Meanwhile the Russian army had also halted and encamped, as the next obvious destination of the Swedes was the city of Smolensk, the Russians occupied a strong position on the road from Mogilev to this city.  The camp was at Horka, sometime called Gorki, a short distance east along the road to Smolensk. … The Swedes considered attacking the position but in the end did not. Had they done so it seem likely that the Russians would have stood and fought.”

So in our scenario the King gave the order to break up the camp and “Gå-På” towards the Russian position at Horka and the Russians did not slip away.  It is large battle for the period and roughly represent a force of 32,000 Swedes vs. 55,000 Russians.

The battle is fought on a 12′ by 5′ table using Baccus Miniatures from the Great Northern War and the Spanish Succession Range.

The Russian Army consist of 787 cavalry miniatures and 1536 No. infantry figures (excluding artillery and command bases) on 155 bases.

The Swedish Army is about two thirds of the size of the Russian Army and consist of 636 cavalry and 672 infantry.

Typically a base on infantry represent a battalion of about 400 to 600 men armed with musket and pike, typically represented by 24 miniatures.  They are grouped in either normal units of 2 bases or large units of 3 bases.  A base of cavalry represents two or three squadrons of about 200 to 300 men, as for the cavalry they can be organised as normal or large units.  There are normally between 7 and 9 cavalry models on each base with.

We are using the Twilight of the Sun King Rules to run the game, The rules are, to quote the Design Philosophy notes, “…radical, some would say reductionist, in their conception. It is based on the premise that during this time period, morale rather than numbers of casualties was the key to deciding combat and even the outcome of battles. Many wargames rules pay lip-service to this; however, these rules take the radical step of collapsing shooting and close combat into morale. This dramatically simplifies game play but does so, in the designers’ opinion, without significant loss of historical accuracy.”

We are the Wyre Foresters and the Game is Umpired by Nick Dorrell who has edited the latest version of the Twilight of the Sun King Rules and Per Brodén who has painted the miniatures and made the terrain.

IF YOU HAVE ANY QUESTIONS AND/OR WANT TO ROLL SOME DICE PLEASE APPROACH US – THAT IS WHY WE ARE HERE AT THE SHOW.

We will be back next year putting on the Battle of Poltava 1709.