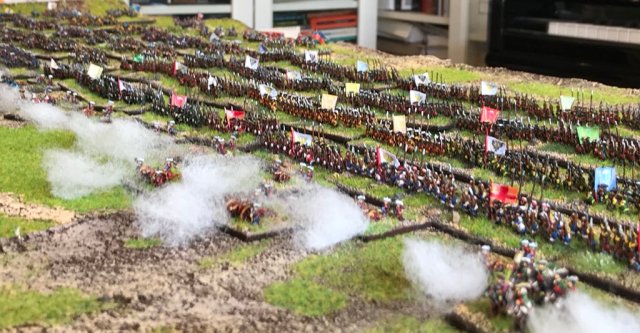 Following on from some discussions I have followed on twitter recently (@Roll_a_One) I wanted to write a short note about two things about wargame shows that triggered a little bit of deeper thought than I normally allow myself. Also helped by the fact that I have spent more time than I ever wanted on delayed trains this week and have had no chance to do anything practical hobby wise, here we go.

I had the following amusing situation (well at least in my view) at Salute a few years back (it was when Nick Dorrell and I demonstrated the Fraustadt 1706 game):

“Do you mind if I take a picture of the table?”, a middle-aged man with a beard that would be called trendy nowadays with a smart looking camera asks politely.

“Not at all!, are you familiar with the Battle of Fraustadt or the Great Northern War?”, me leaning in and hoping for some kind of interaction.

“Not at all!”, the man says taking a few shots form above and then moving away from me trying to zoom in on one of the Saxon infantry bases and his camera takes some time to autofocus (the lighting being unforgivable in the Salute hall).

“The models are from Baccus and they are mostly from their Great Northern War range, they are 6mm. Those Saxons are from their War of Spanish Succession range as the Saxons wore similar uniforms to the Western Europeans”, me moving closer and leaning even deeper. 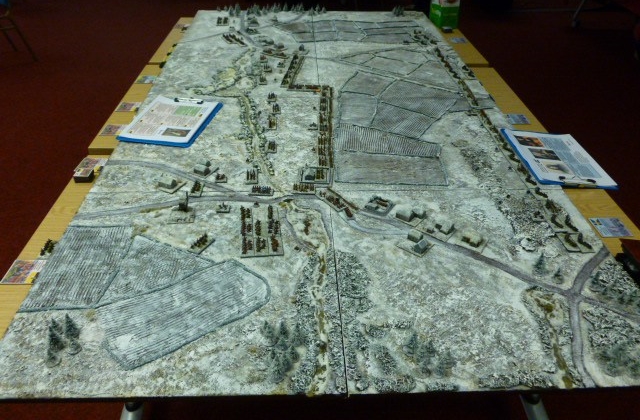 “Couldn’t paint anything so small”, moving onto the Swedish side and taking another quick succession of shots and then a close-up of some of the cavalry bases, with the same issues with the autofocus.

“This is the decisive Battle of the Saxon campaign of the Great Northern War and as a direct consequence Charles XII managed to obtain a peace treaty with Augustus II the Strong of the Albertine line of the House of Wettin was Elector of Saxony, Imperial Vicar and elected King of Poland and Grand Duke of Lithuania. after 6 years of war”, me getting very excited and with sweeping arm movements I am set up to transfer this essential knowledge of history to the man with the camera.

“Sorry not really interested, I am just taking pictures for my blog. Do you mind moving a little bit so I can take a picture showing the name of the Battle”, he interrupted me, I moved surprising swiftly out of his firing arc, he took his snap and then proceeded to the next table repeating the procedure.

I put my waving hands behind my back and carried on! I reflected on the fact that he would never know that the marshland on the Saxon/Russian left flank was moss from my garden baked in the oven then soaked with pva glue, that the hedges around the field were made from green scourers, that the reason the line was not straight were due to a miscalculation on the available space between the two villages by the Saxon Commander, that the Saxons/Russian had been standing in their position for ages and were freezing their balls off, that the reason I painted the Russians in Red Coats was that they had turned their coats inside out to look like Saxons, etc.

I was interrupted in my thoughts as another a middle-aged man with a beard that would be called trendy nowadays with a smart looking camera came towards the table. I got my lean-in position ready.

The incident above made me laugh and I reflected on these unsung heroes rushing around taking pictures of stuff not for themselves but to share with other people who may be interested but not able to attend themselves – it s a great service and sacrifice! So to the Man with the Camera – thanks for doing this and sorry for retelling the story in what may be confused with irony or some kind of bitterness.

I find myself invariably drawn into a wargames table (yes we are drifting back towards that kind of thing again) and I am keen to understand what is going on and very often how things have been done and how it works – I am kind of into this hobby you see. It is not always obvious and I like it when a table either gives a nice history/story lesson and/or gives a great game – I love it when it does both. I also like nice terrain and clever solutions mainly with regards to decluttering the table of makers and instead using inventive markers that blend in with the table – it helps the immersion.

It is a lot of hard work and research behind most of the games that are presented at shows and my best advice when going to a show is to stop and talk to people and learn more. If you are shy just stand next to someone who seems to be part of the group until they are free and I bet someone will start talking to you. Grab a handout and ask, they did not just come to show of their game as a flashy post card in an album of many – let them give you its soul and perhaps you will fall in love with it too. Perhaps you could share this experience to the world with a little write-up and maybe a picture or two trying to convey what you felt about the game as a whole – not just what it looked like. I think we need a few more Walkthrough Reflectionists too – the slow walkthrough. Beauty, it is said, is only a paint layer deep!.

Are Demonstration Games the Opposite to Participation Games?

Some groups putting on games seem to treat shows as an outing and any passers-by as a distraction. They face inwards and normally seem to have entrenched themselves with everything they need for the day within reach – they are there to play their game with themselves. Luckily, I think these ones are in decline.

When Nick (Dorrell) and I do our Great Northern War battle we do them as demonstration games, but you can participate for as long as you like. Perhaps to try out some of the mechanisms of the game, we never expect to play the game to its conclusion – although, as a notable exception, we managed to finish Klissow 1702 a few years back at Joy of Six. The game is there as a discussion point in our case about the Battle itself, the rules we are using, the origins of miniatures and terrain, how we painted it and built it, etc. We have roles – I talk about the terrain and the miniatures (having painted and built it), Nick does the rules questions (having developed the latest set of the Twilight of the Sun King rules), we both talk about the Great Northern War (both being passionate about it). Anyone else helping gets a role depending on what they know, normally they will keep the game going. 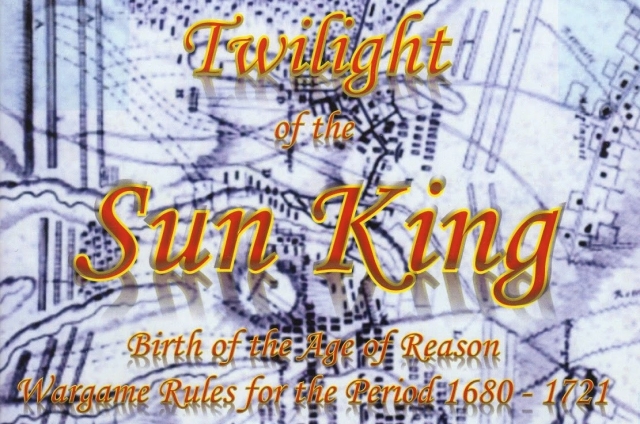 Some time ago I heard, or perhaps read, Richard Clarke (one of the Too Fat Lardies) saying that he does not run dumbed down versions of the rules at shows to make it easy – he runs his rules as they come. I think it is important to reflect on this in how you want to present your game. I have had a lot of fun playing some game specific rules in 30 minutes at many shows, but we cannot run the Battle of Fraustadt in 30 minutes with the rules we are using – Sorry! Therefore we need to engage in a different way.

They key with a show game, in my opinion, is that it is should be there to engage with others should they want to. Have handouts to give out or to refer to, bring some books about the period (it always looks impressive) or props. We want people to get a feel for whether this kind of game, period, miniatures used, etc is something for them. Scaring people away will not showcase your particular niche of the hobby and to be honest it is at your own detriment.

Demonstration games should not be the opposite to participation games – you actually have to work as hard, or perhaps harder, interacting with the visitors. What the hell are you demonstrating? It is your flippin’ job on the show mate!, you may not get paid but you are taking up space.

Let me know what you think!

By the way, you have a chance to see whether this engagement talk is just bullshit at Joy of Six next week as Nick and I are putting on a table. You are free to ignore us, come by and take a photo and just go, or to stay around and ask a few questions if there is something of interest, or even stay and roll some dice for a while. We are happy to engage with you at any level you want.

Check it up here. And here some background on the table we are putting on, but there are 22 other games ranging from ancients to sci-fi and pretty much anything in-between.