For the first part of the TMT, the Lesnaya 1708 battle, I need a large number of bases to represent the Swedish Supply column.

I had seen the picture  above in Pavel Konovaltjuks and Einar Lyths book “Vägen till Poltava” (The Road to Poltava) and wanted to have something similar for my Supply Column.  I opted for Baccus ox wagons (from their equipment range). I felt these were a close enough match.

However they do not come with a canopy and I did not want to miss a chance to see a splendid row of blue and yellow waggons.  I had to do some sculpting and it was not too difficult to do a canopy, but I needed another 39! So I bought myself some Mould Making Silicone Putty from ebay and made a mould from my first creation. It cost me £6 and was very easy to do and very satisfying.  I cast them using dental plaster – I made three moulds to speed up production. 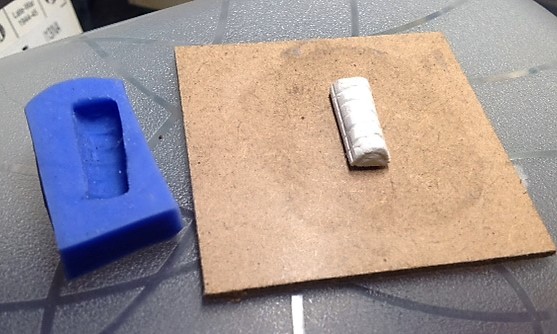 I have ordered enough waggons from Baccus that are yet to arrive but I already had a few so I did a few test bases today – one waggon and two towed artillery pieces (one Field and one Siege gun and some limbers, again from the Baccus range). I think they turned out ok. 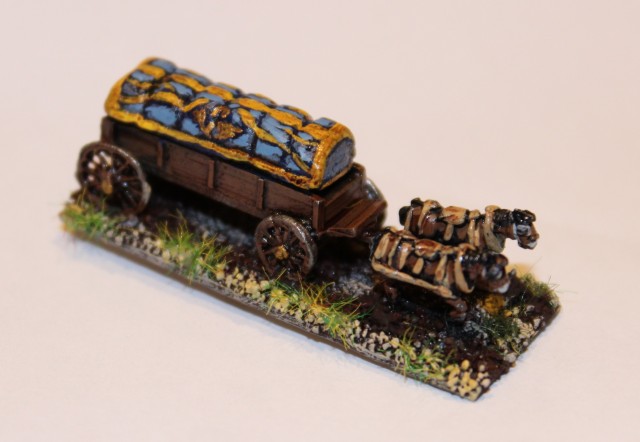 Note to self (as I will paint more of these) on colours used. 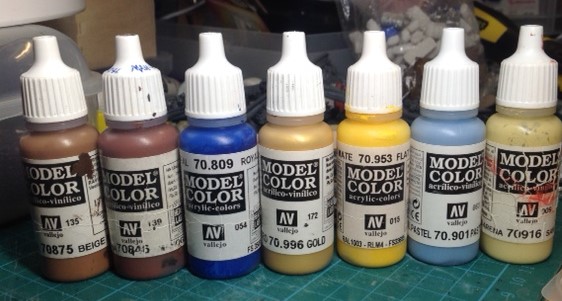