The radio served me this song the other day whilst I was battling a cold and getting used to the concept of needing to get back to work after the Christmas break.  It was the Michael Bublé version of the song that Google, ever so kindly, tells me was originally written by Anthony Newley and Leslie Bricusse for the musical The Roar of the Greasepaint – The Smell of the Crowd (Now that is a title!).  I decided to get up and continue doing those damn supply waggons I said I would do in the last TMT Part (see here) a few weeks ago.

I had already done 24 canopies using the moulds I had made. It takes a while as the plaster ideally needs about an hour to set properly.  I had to do some post moulding filing but overall it was easy and very satisfying. 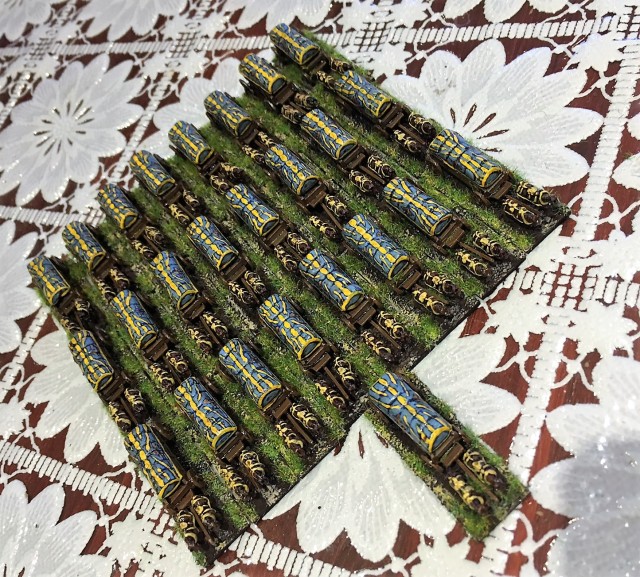 I will do another 12 that will give me a total length of about 1.5m worth of supply train – that is meters and not millions!. I will also do more bases for the column with some pulled artillery, cattle, sheep, pack horses/mules etc. But that is for another day.

On the musical note

I do not go to as many music concerts as I used to. However the next few weeks I have a fair few musical outings to look forward to:

I and the little one are off to try out our new Star Wars Ships (from Rogue One) for the X-wing miniatures games. A shout-out for Andrew Wood at Board game Extras (link here) who I have ordered most of the X-wing miniature ships from since the early days. His prices are more than competitive and their customer service, in my experience, is brilliant. One large ship, the U-wing, and a small ship, the TIE Striker. They both look cool and the title ability for the TIE ship seems interesting and potentially useful as well as the new rebel crew cards. 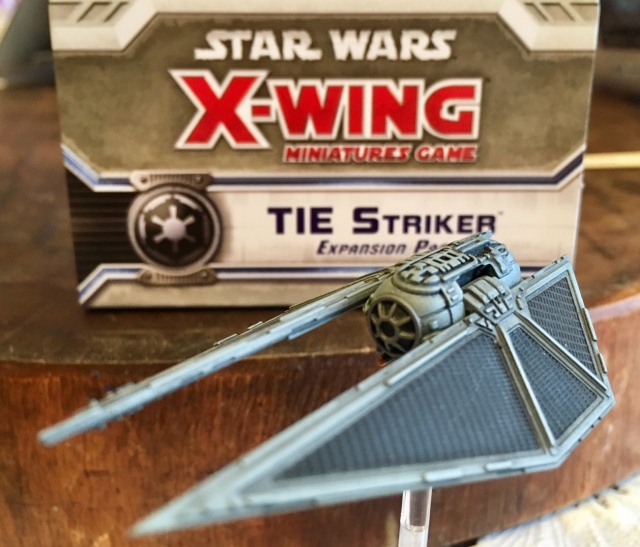 My Tweets
Join 2,724 other followers