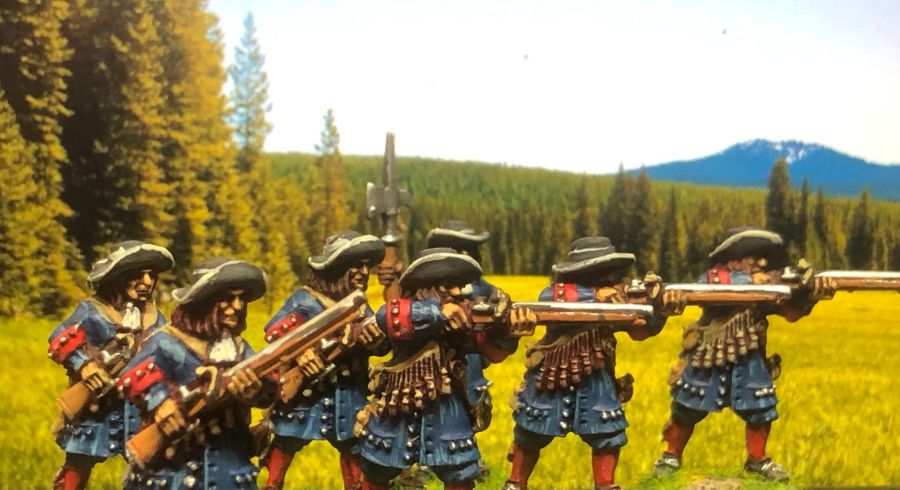 Following on from an earlier posting, link here (it could be worth checking that one first and come back here later if you have not seen it), here are some more stuff for the Scania 1677 project. The plan was to play a few games with the family over the Christmas/New Year period but due to COVID etc it did not materialise, however I did finish some stuff. The first this is a new unit, the Black Widows, led by Svart Sara. This is to represent the many casualties in the Scanian region during the war and the population being tired of having to provide contributions to both the Swedes and the Danes. She has swore to wear black until this war is over.

I also made some more Danes, Swedes and Freeshooters. This is actually slowly growing to something more like Sharp Practice than Silver Bayonet – perhaps Sharp Silver Pilke?. But that is another story.

And some Revenants, well if it is Silver Bayonet we need some strange stuff as well, so I got these from Fenris Games.

/ Hope that was of some interest, just basing up some other stuff at the moment.