The accounts of the Poltava Battle and the Siege of the town itself states that the houses/village outside the city were burnt down in a measure to avoid them being used as hiding places for the Swedes as they laid Siege to the town (the rather big model of the Poltava itself can be found here).  This was a very common measure as a clear area was needed in front of the defensive walls.

I wanted to mark this on the mat for the battle by doing some ruined/burnt down buildings.  I checked quickly what was available to buy from various sellers but found mostly WW2 biased stuff in the scale, like bigger buildings and in general two storey buildings – it did not really fit my 18th century rural Russian theme.  I reckoned I could have a go at building something myself that would do the job, here is a rough guide showing how I made them.

This is a very simple project and I hope it is of some use! It is very quick to do! – provided you have some glue and matches. You could of course use tooth picks as well. 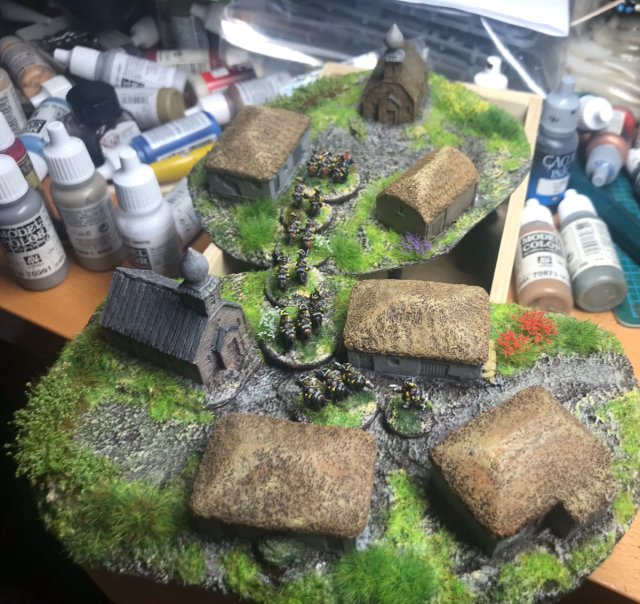 That was all for now, Please play with matches carefully!