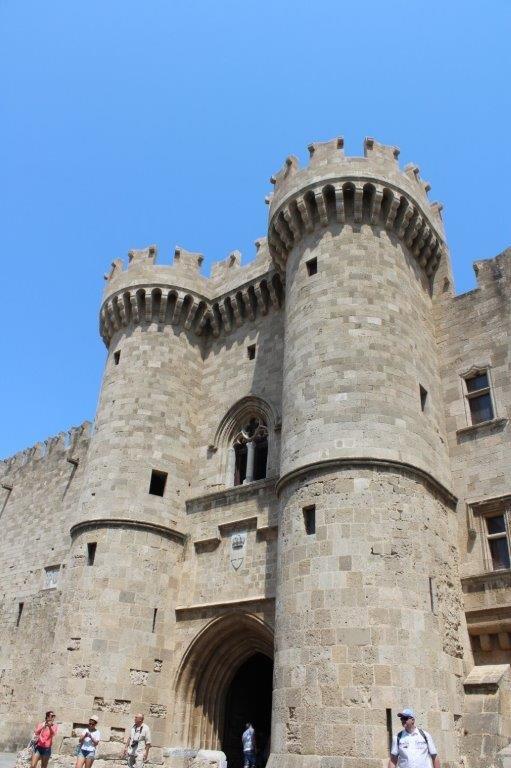 A little delayed update this time, but for the right kind of reason. Occasionally we get an opportunity to get away from it all and this time we headed to Rhodes. A familiar place I have visited a fair few times and I love the Old Town of Rhodes and the history of the hospitaliers – who ruled this Island during the 13th and 14th century and caused the Ottoman Turks all kind of trouble before they were kicked out (Siege of Rhodes 1522) and set up shop on Malta and continued causing trouble.  It is too hot to write any essay but if you are interested there is a good summary about them here.

I have a little potential idea of doing a project about the Siege in Rhodes 1522 or the more epic one in Malta 1565.  The book – the Great Siege Malta 1565 by Ernle Bradford is one of my all-time favourite history books and I really recommend giving it a go.

When in Rhodes go and see the Grand Masters Palace and walk the old Moat. Very nice and whilst at it you may go for a swim as well, there are a few beaches here and there.  The museum of archaeology, the Butterfly Valley, Lindos with the wonderful Akropolis are also places not to miss.

I always get reminded on how rare square shaped fields are when flying. 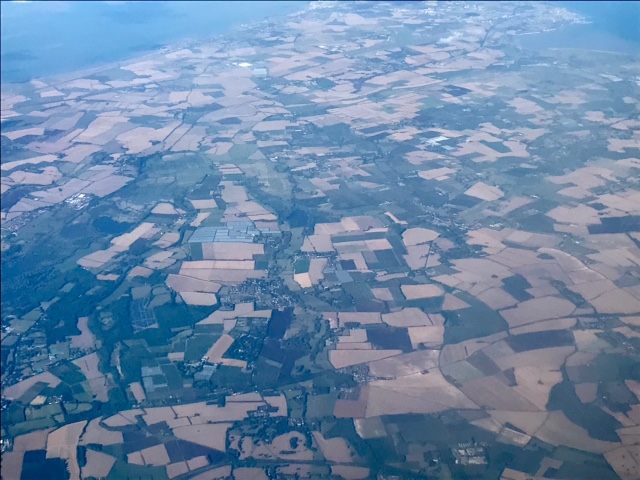 Another idea I have had brewing in my head for some time, using Baccus and Rapier miniatures, is to the do the Battle of Kadesh (see here).  Browsing around on Netflix I found a documentary that I really enjoyed watching whilst flying, about the Egyptian chariot.  The programme follows a team who recreates a (well actually two) chariot and tries it out (you can also find it on YouTube if you search for Building Pharaoh’s Chariot).  Mike Loades, who was part of the recent time commander series, is giving the chariot some trial runs to better understand how they may have been used on the battlefield.  I find this kind of experimental archaeology/history very interesting and I really wish more similar programmes were available.  Let me know if you know any good ones. 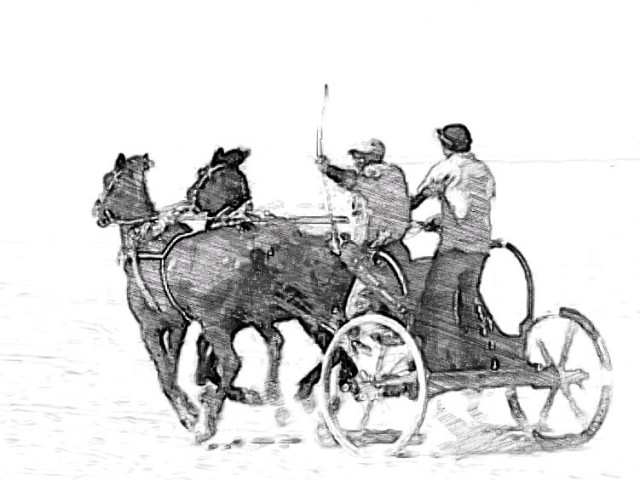 Before setting out I did progress on a few fronts with my Sci-fi models from Brigade Games (I have done two more orders since Joy of Six!) and I also did some of Baccus late 19th Century Bavarians.  Great little models overall and a Joy to paint!

We did not leave home empty handed and I hope to have an AAR available at some point after this weekend, describing some French Indian War skirmish action.  We brought a little bit of stuff allowing us to roll some dice and move figures around – but more of that next time if we have had time to have a game.

/ All the very best