Another relaxed week and a memory card with Joy of Six pictures on the run – but hopefully back by the end of the week.

The Little One and I did a few rounds of Zombie Dice this weekend to keep our dice rolling capabilities in good shape.  Zombie Dice is a nice little game that takes about a minute to figure out but the occasional, for us compulsory,  “Brain!” scream, seems to keep us entertained. 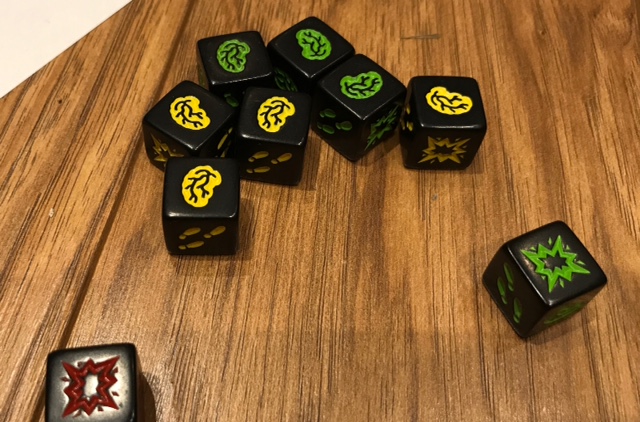 The Little One wanted some Sci-Fi so I got some stuff from Brigade Games (link to them here) at Joy of Six – some tanks and infantry from the Mercs and PacFed ranges.  Check them out – they have a very good range.  I slowly started working on these over the weekend, at least spray painting and some initial coats. 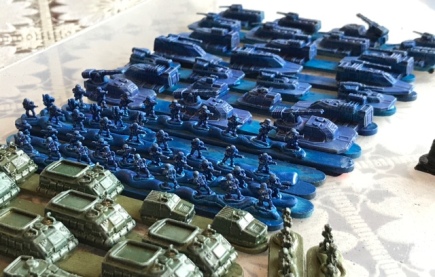 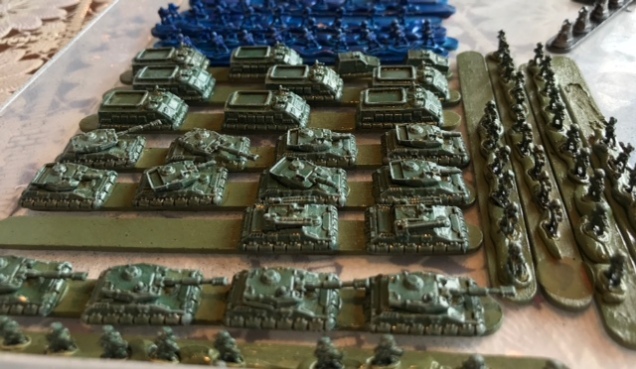 I quickly did two test bases for the two armies (the Little One approved!) – a Hover Tank and a Grav Tank. 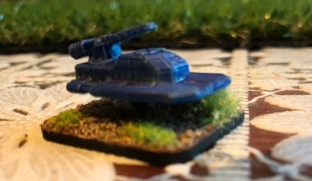 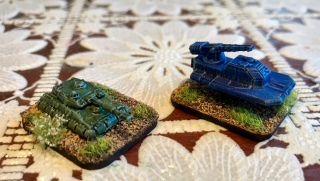 I also got some NSF7 Attack robots from Irregular Miniatures (see here) when I ordered the Ogres for the Fantasy stuff, now where did I put that guy in scarf from Angel Barrack miniatures?  The comparison miniature is from Brigade Games (Polish Infantry). 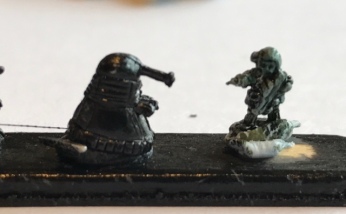 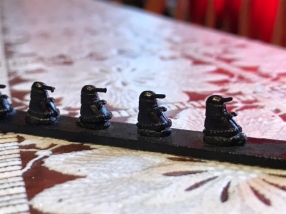 I also got some beauties from Pendraken (link here) that could be used for Aliens! 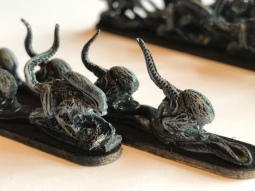 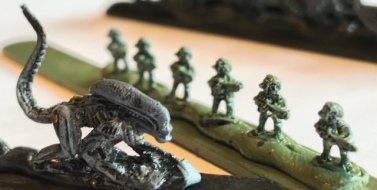