I do apologise  if you are a follower of this blog and got sent an update earlier this week.  I did a draft based on what I intended to do this week and instead of saving it to add some more text and pictures to over the weekend (when I actually had something to show) I pressed publish.  Anyway here is the real update, hope it is of some interest. 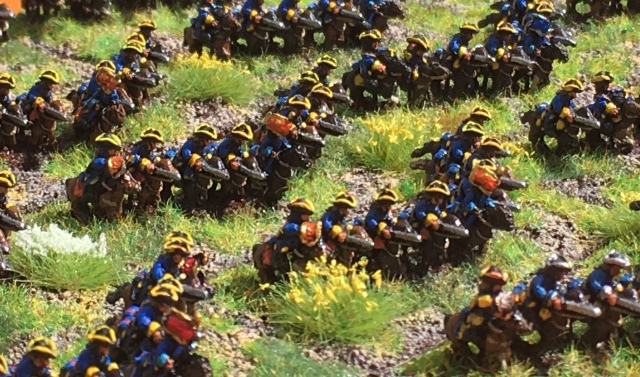 Back to basics again and a update on the progress with the Lesnaya battle, this time the hard-hitting Swedish Cavalry. All based in a wedge formation. This formation represents the way in which the cavalry (and dragoon units) attacked (knee-behind-knee) as part of the overall Gå–På–method focused on aggression and shock. 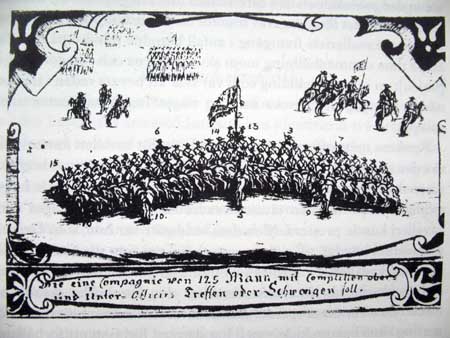 All these miniatures were part of a commission I received from Chris at Marching Colour (link here), this is the third batch he has done for me and I have nothing but praise. I know I said it before, but it has given me time to explore some alternative stuff I normally have no time to do.

My remit to Chris was “Block painted neatly not with layers, hightlight, varnish or basing”.  I also asked for the flags/standards to be left blank.

My job is the pleasurable task of doing some final touches (including flags), ink them, some highlight and base them up.  Before I show the individual overall units, I will go through these steps.  The models from Chris are more or less ready to be based without doing these additional steps – but to me it makes a difference and adds some satisfaction in having provided some kind of input into the overall production process, whether you can actually see it on the table when you stand up and look down at them.  A kind of flat pack approach to miniature painting, but hopefully more enjoyable than those Billy Bookcases from IKEA. I am using the brave riders of the Åbo och Björneborgs Kavalleriregemente as an example.  With regards to painting guide there are some reasonable information but a lot of gaps (see the discussion here, on the Tacitus webpage that also shows a reasonable interpretation of the material available for this and many other battles).  I am also lucky enough to have copies of the eminent Acedia Press books The Great Northern War 1700-1721 : colours and uniforms Part 1 and Part 2 that contains a lot of further information. The books are long since out-of-print. 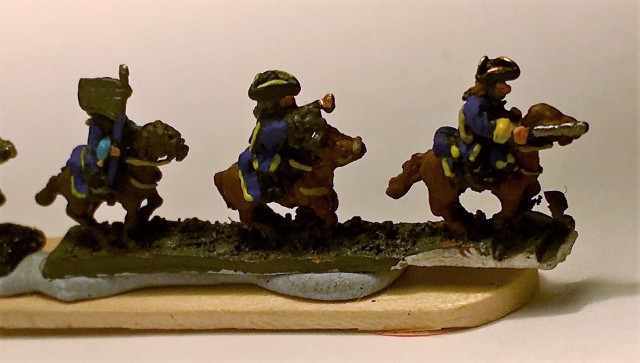 Step 1 – do the flags and any repainting (e.g on some occasions I have changed the colour of a horse etc) 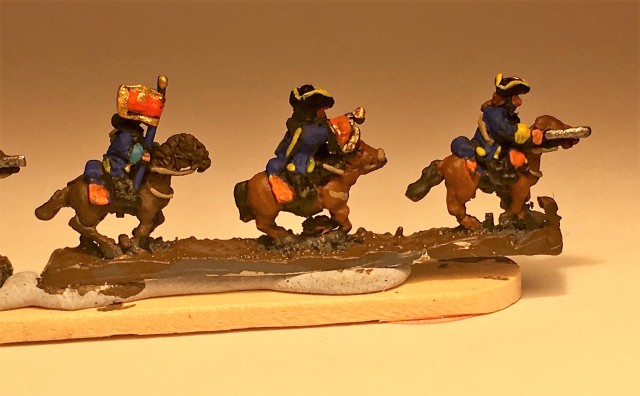 Step 3 – Apply Nutbrown Ink  – let it dry. Apply generously, avoid the metal parts (no soldier would keep his, mostly men in this case. sword rusty). I sometime add some highlights if the ink makes it to dark or messes something up. 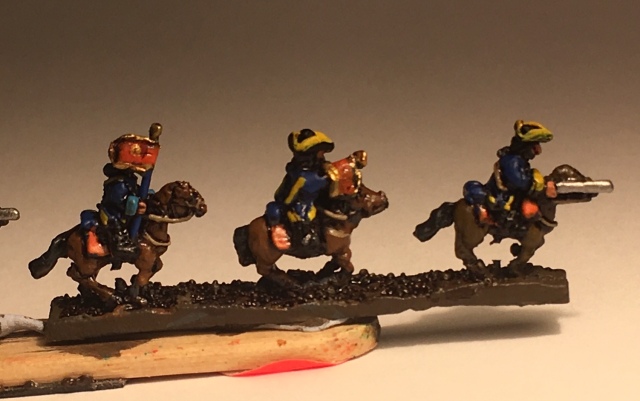 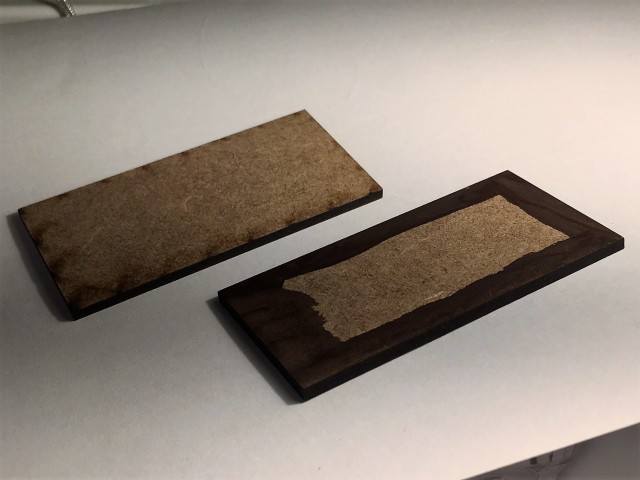 Step 6 – glue to base. Well first you have to cut the strips into the individual riders, make sure each of them can stand on a flat surface so they do not fall in the glue later.  Apply glue all over the base when you are ready to put them on the base.  Note: The miniatures forms a shallow wedge shape (in line with the picture above) with the trumpeter on the right and the Kornett in the middle and furthest ahead holding the standard.  The Kornett, or Cornet in English, was the lowest commissioned officer rank equivalent to a Second Lieutenant (or Fänrik in Sweden) . The rank was also used in the British army up to the late 19th century.  It has nothing do with the family of wind instruments with the same name. 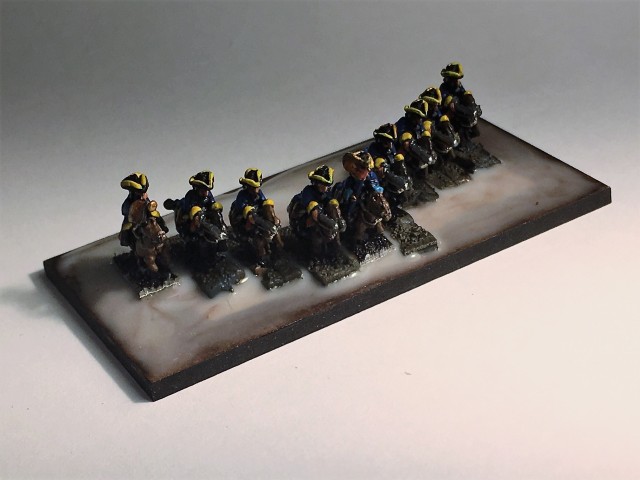 Step 7 – Apply sand as soon as possible. Carefully flip it slightly so that excess sand falls off. If any bare metal still shines through or the bases are too obvious apply a little bit more of glue in these places and apply some more sand, “flip away” the excess carefully and then let dry. 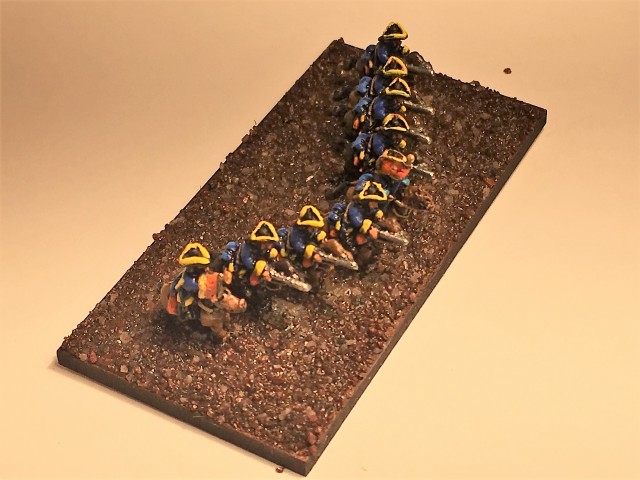 Step 9 – dry brush Colour 1 to 3 (decide on a set and stick to it, all your stuff will look the same whether you do them today or several years ago. The picture does not really come out well. The colours are a very pale brown, a little more yellowish brown and fnally a light yellow.  But try out your own combo. 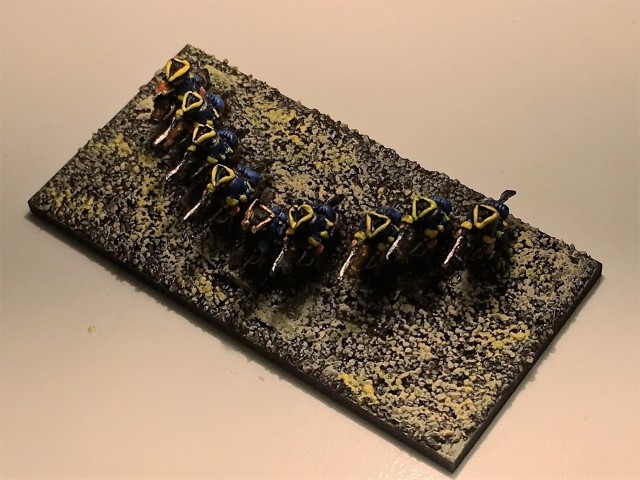 Here are the colours I use.

Step 10 – add PVA glue where you want the static grass.  Apply Static grass and shake off excess (same here get a lot of a brand and stick to it, I use Busch light and dark grass. Mostly the light) I then stick on some flowery tufts when I feel for it (they are a little bit overwhelming scalewise, but I like it!). 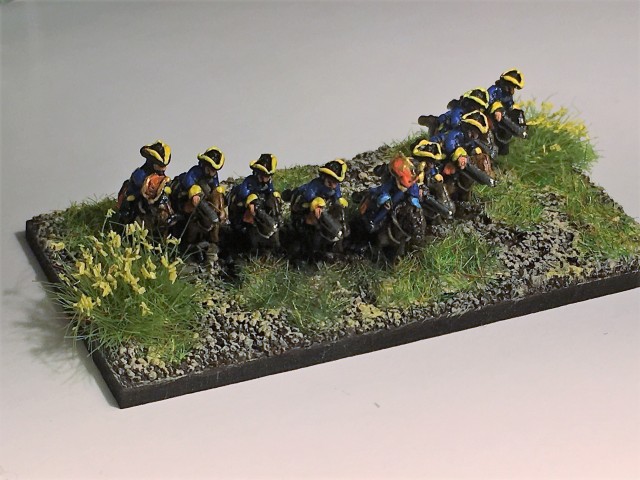 Step 12 – Add base to your collection (here with the other three bases of the regiment).

Anyway here are the other ones I have done this week in no particular order, 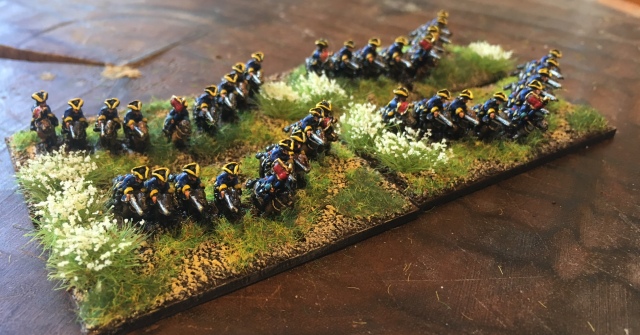 Adelsfanan i Sverige och Finland (1 base) – a company was part of Lewenhaupts army. So a base may be excessive. But why not. 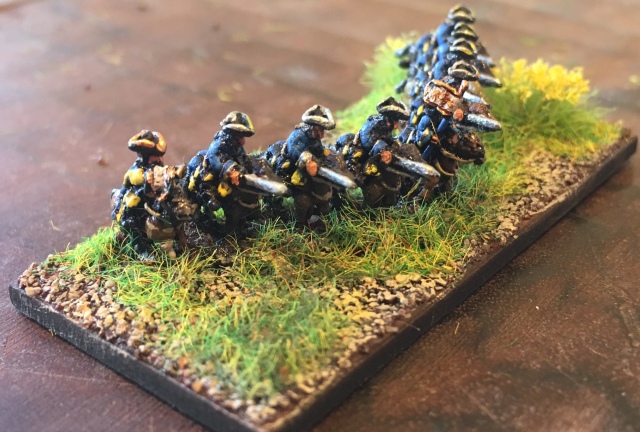 Adelsfanan i Livland och på Ösel  (1 base), this is the Cavalry Corps of the Nobility in Livonia and Ösel. Strictly speaking Adelsfanan means the Nobel Banner. 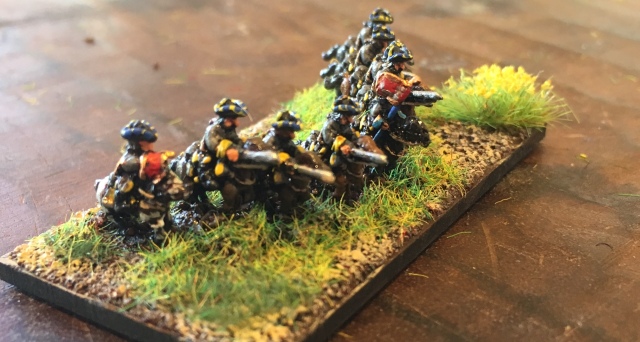 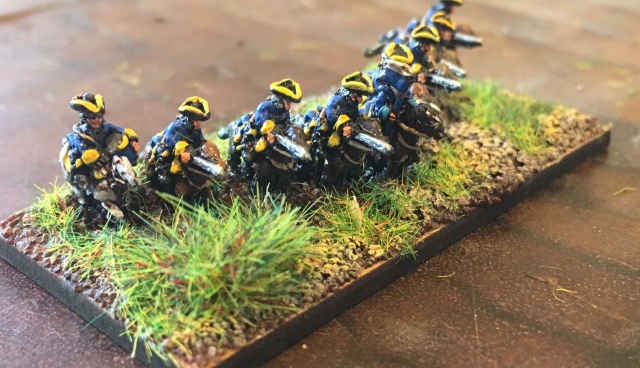 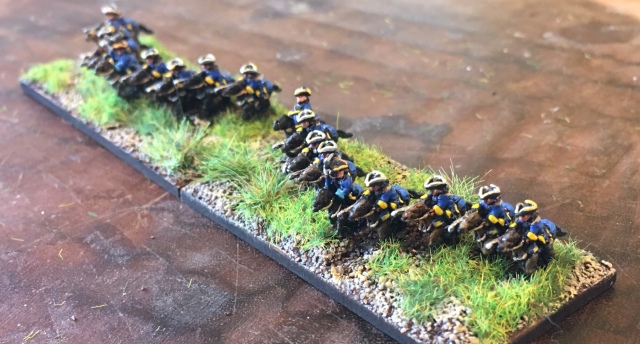 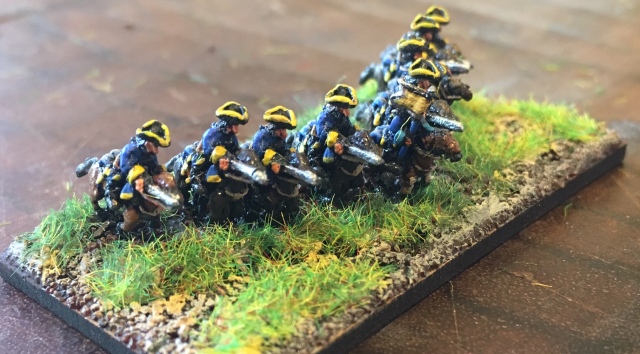 Vallack / Vollosh Regementet (2 bases) – light cavalry unit formed from Polish and Lithuanian Free Companies. I have plenty of these from the past already so I will be using a few of those on the day.

I did the Swedish infantry before (see here). So all that remains for the Swedes are some commanders and that dragoon base I forgot!

/ Have a good week

One thought on “Towards Moscow Trilogy (TMT) – Part 5, Swedish Cavalry at Lesnaya”