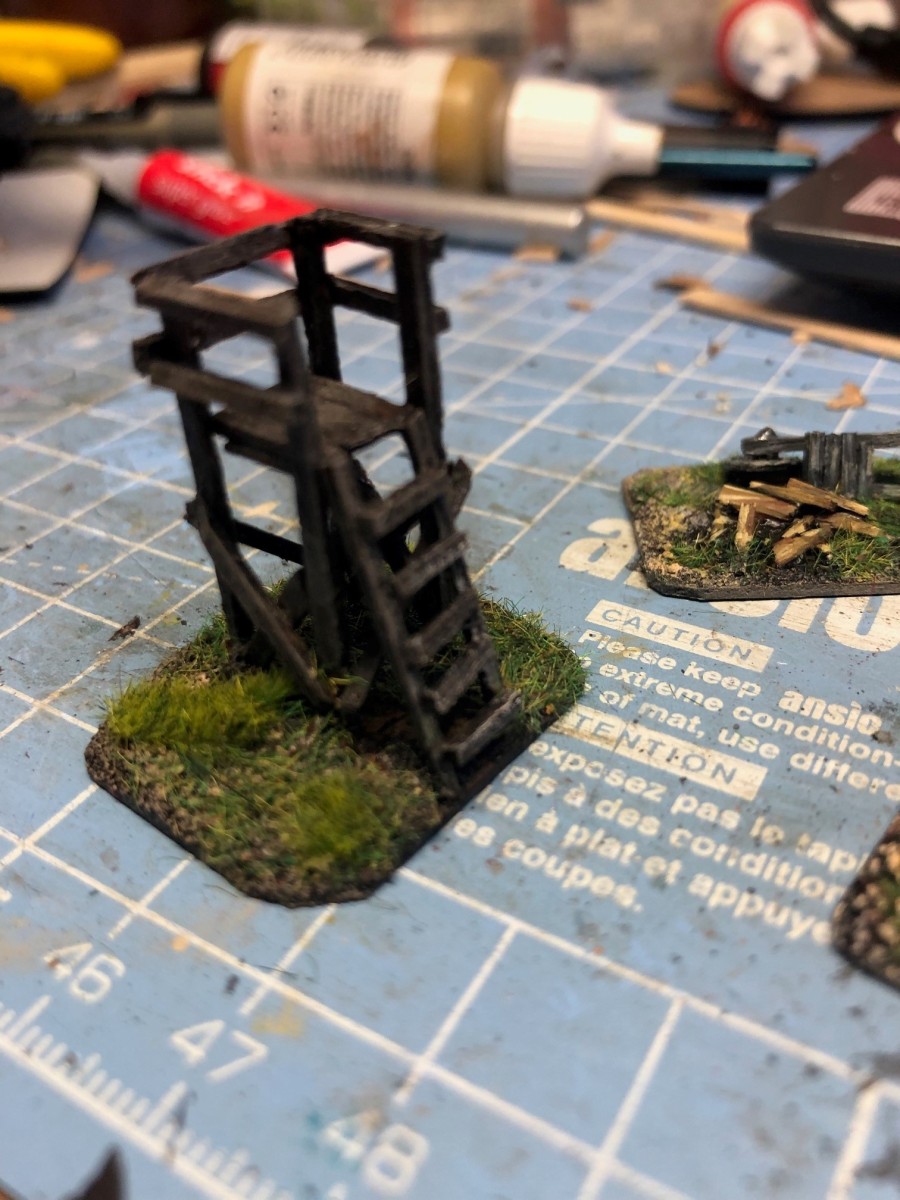 This Part 12 of a series of a fair few posts, Part 1 (link here) gives an overview and the philosophy applied to the series – cheap, simple and fun.

Today we are doing a common item in a Swedish forest, not sure how many they had in the 1940s but at least they had one on my table. The towers are used by hunting teams for setting up positions during the hunt. It would be a fun clutter to put in to break up some forest area.

Sweden has the most dense population of moose in the world and annual almost 100,000 moose are being shot to control the population. The Moose was almost extinct at the beginning of the 19th century but due to modern thinking from hunting organisations the Moose slowly came back.

The hunting tower is a welcome sight when you are hiking in the forest or looking for berries, mushroom and fungi (not the ones from Yoggoth), it is a place to stop for a moment hang up your backpack and perhaps have a break and eat your picnic. Dad and I used to go to the same spot every year for a weekend and pick lingon berries, blue berries and if we were lucky some wild raspberry (we used to be able to forage enough in weekend to last to the next year and it was a damn good time. There was an old hunting tower in the area, it was our point of reference and we used to have this as a base for our operations and I wish I had picture of us being there, but we never brought a camera so I guess the only picture I have is up there is my head.

We only need our coffee stirrers for this project.

And that budget, well we are still at £17.93 as these were all free issue material, so we seem to be able to keep this under control

Tomorrow we are making signs, well actually only one sign as it is a lazy Wednesday project.

My Tweets
Join 2,789 other followers