In the last update on the Poltava project that will be laid out at Joy of Six in July this year I presented Poltava itself and I wrote about it here.

As I have stated on a number of occasions, this is just one of the many features I want to capture on the Battle Field.  In an earlier update I showed some plans I had in doing the Swedish camp.

I had no idea whether a tent was standardised or not (but since everything else was I assumed it would be) and got some input from Oskar Sjöström who works at the Swedish Army Museum (and also wrote a brilliant book on the Battle of Fraustadt 1706) in the form of photos of tents from re-enactment groups (the one below representing enlisted tents). 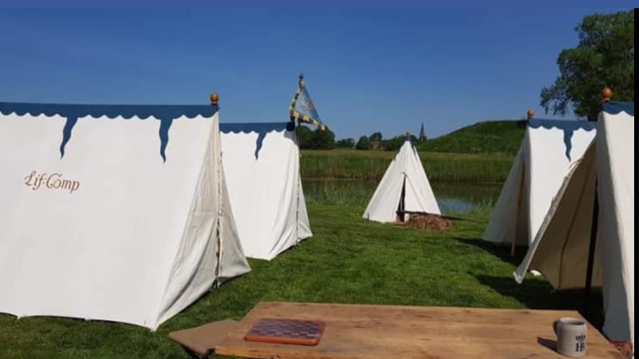 In addition I came across this old document from 1699, showing an officers tent. It is signed by the King himself (Carolus, Charles XII) – straight on top of the drawing. 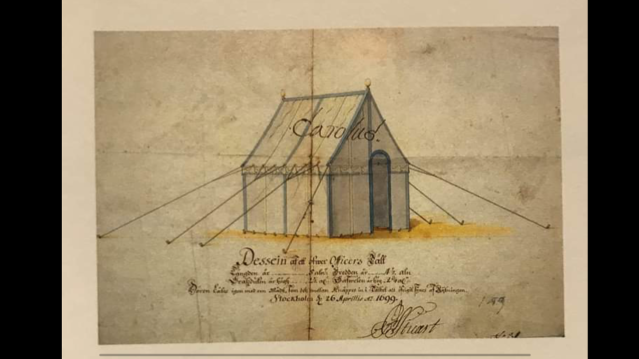 Another prominent feature of the camp are the Swedish Supply wagons, these were based on another design from the Period (I wrote a blog on how I made these wagons for the Lesnaya project here).

The overall design of the camp is based on how a battalion camped during the era, and I used the following picture as an inspiration (from the book Poltava 1709 – Vändpunkten, by Moltusov and Lyth).