You may recall that when I started this little Kirbekan diversion I had as an objective to get enough bases to do the scenario as presented in Peter Riley’s draft colonial rules so I could lure him to demonstrate the rules for me – I think I am almost there with the miniatures.  There is still some desert terrain and hills to be done before I can call this project done.

If you want to catch up on previous progress  and some further background on this project have a look at some of the old blog entries:

In the last update I showed some nearly finished 19th Hussars, some British Leaders and some Mahdi Dervish Irregular Infantry.  I based these and added flags as appropriate (All are from Baccusm 6mm colonial range, link here).

First out the 19th Hussars (more about them here).

And finally the completed British Contingent for Kirbekan: 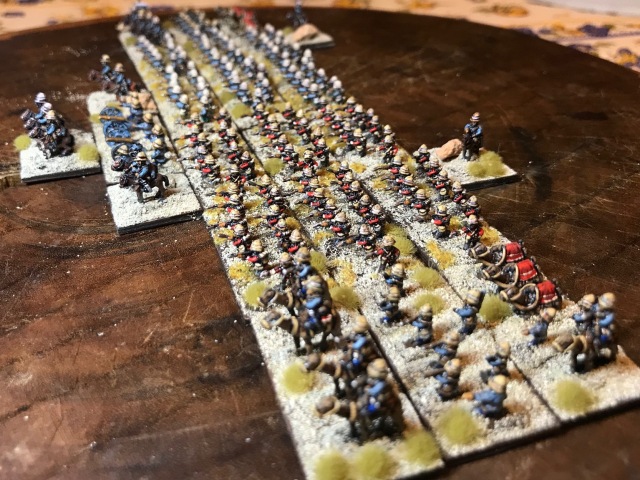 (I also made all of them in marching column) 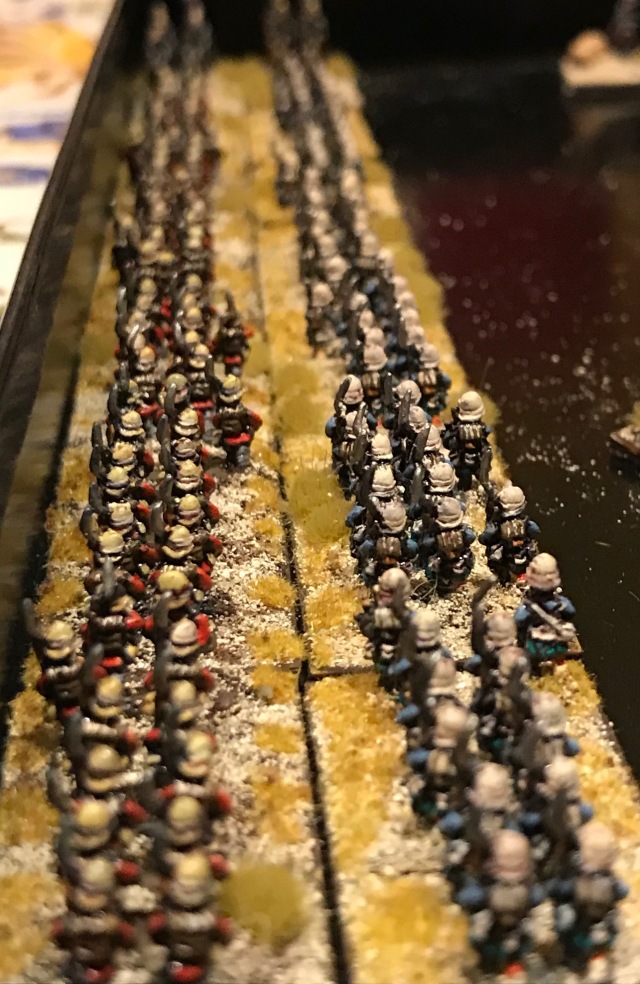 Here are the Dervish Infantry 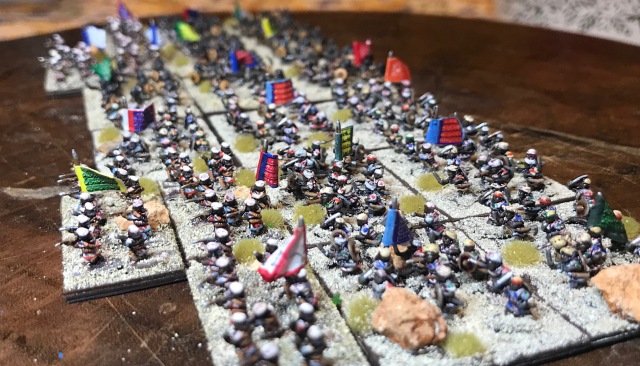 Next step is to do some terrain, I intend to play this on a 4’6″ by 3′ mat that I will make using the good old acrylic mat trick and with some sand cladded styrofoam hills.  The idea with this was to have small bases (40 by 20mm) and being able to play games on a normal kitchen table.

I stole this quote and the map from Peter’s Draft document.

“The terrain is very Hilly, with rolling hills that have flat and sandy bottoms between them. All of the hills have gentle slopes, even the two contoured ridges are gentle slopes up to the summits and ridges.” 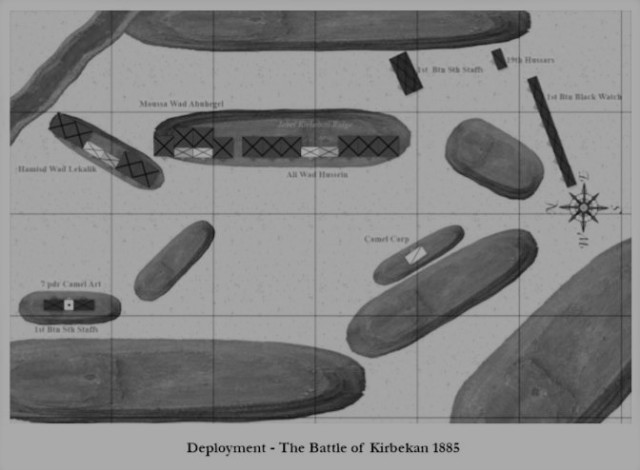 From the unpublished “Polemos Colonial Wars – A Steady and Deliberate Fire”, by Peter Riley.

In other news, I and the Little One had a go at Sword and Spear and had a blast (more here).  We did a simple “DBA sized” game. We will definitely do a few more and perhaps do an AAR when we know the rules a tad more! We used the 6mm Punic War forces.

I also started the first step of rebasing some Prussia SYW stuff I have as I have a little idea for a Maurice based campaign (the good, and not so old, honour Game by Sam Mustafa) on a ALT-history version of the Swedish campaign in Pomerania during the Seven Years war (Sweden vs Prussia).  Another long term project, but it would be fun to develop some specific command cards, etc. Hellish work in rebasing!  It will be a long process and parts of me has regretted it already! 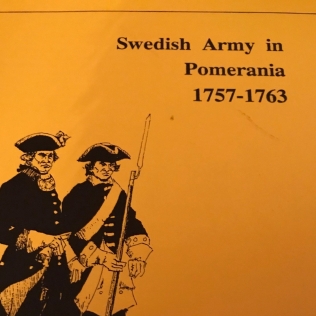 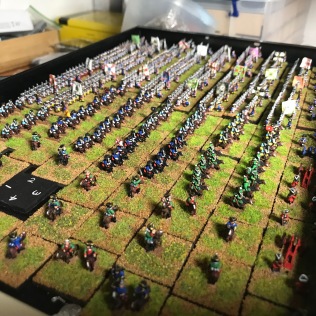 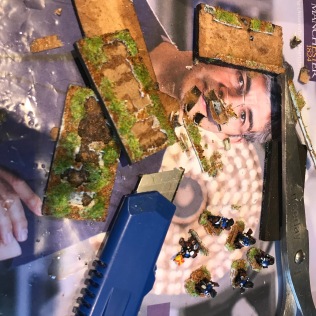 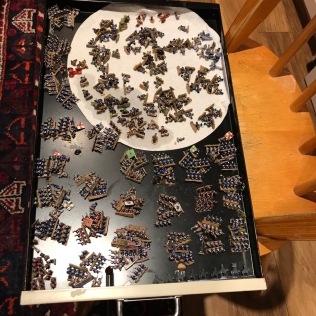 I also need to get going with the Poltava Project as soon as possible, I have loads of Russians and Cossacks to paint and another bloody big battlemat to do.